BECAUSE HE TALKED TO ME 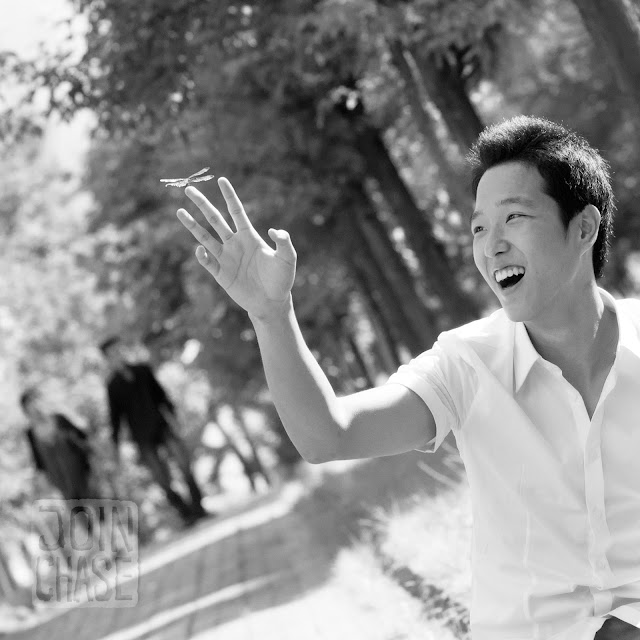 He kept looking at me from behind the counter. Curious.

I sensed a strong bond, an attraction the moment our eyes met. I’d catch him staring. He’d bow a response. I’d smile. We played this game for quite some time.

Maybe it was his inquisitiveness that caught my attention. Or, perhaps it was his cute little barista hat. Whatever it was had me coming back to Caffe Bene often, just so I could see him.

I’ve been meeting with a group of fellow Guest English Teachers once a week for coffee and/or dinner. Our usual spot is Caffe Bene, and Kim Min Suk works every Thursday evening when we come in.

In a roundabout way I learned he was a snake keeper, and something about Miami. It didn’t really matter what he said though. His approach meant so much more.

We’ve grown quite close through translated text messages and coffee shop encounters since. He calls me his “precious friend”, and I’m so thankful for his friendship.

Min Suk sees life the same way I do. He plays. He wonders. He notices the little, appreciates details. He’s passionate (Koreans in general seem very passionate). He’s motivated, committed. He smiles, laughs all the time, and isn’t afraid to show his excitement through facial expression.

The beauty of our friendship is what’s communicated beyond our attempts at conversations. He gives the best hugs. And if he shakes your hand, he probably won’t let go.

Today he asked me why I wanted to be his friend. I didn’t know what to say. It just happened, for a reason I believe. He told me he wanted to be my friend because I have a good heart.

Because he talked to me, I want to do everything I can to empower and encourage him toward whatever’s next in his life. I look forward to getting to know him more. He likes photography, so we’ll continue to take photos together. And soon I’ll meet his family and pet snakes. Help!

Maybe it was his inquisitiveness that caught my attention. Or, perhaps it was his cute little barista hat. Whatever it was has turned into a beautiful relationship—a soul-to-soul connection—and I’m thankful.