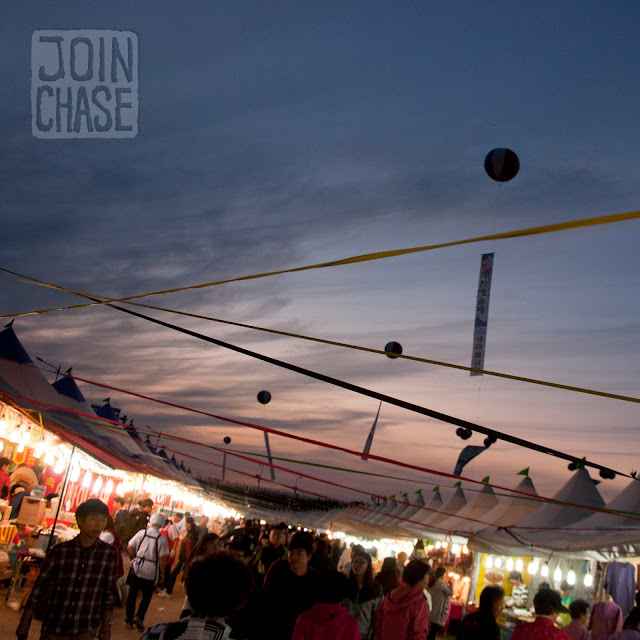 According to the Official Korea Tourism Organization (KTO), “The tradition of floating lanterns on Namgang River in Jinju City dates back to the 1592 Japanese invasion of Korea. In October 1592, during a battle between Japanese and Korean soldiers around Jinju Fortress, Jinju people flew lanterns high up in the sky as a military signal and communication tool with soldiers outside the fortress, while floating lanterns and torches along Namgang River.

The Jinju Namgang Lantern Festival has been held since 2000 by expanding and further developing the custom of floating lanterns that had been held annually since 1949. Visitors can enjoy varied events such as hanging the Chokseonnu (pavilion)-shaped wishing lanterns, the World Lantern Exhibition, and fireworks at the waterside twice during the festival..."

It was a wonderful celebration of light, color, and plenty of street food.