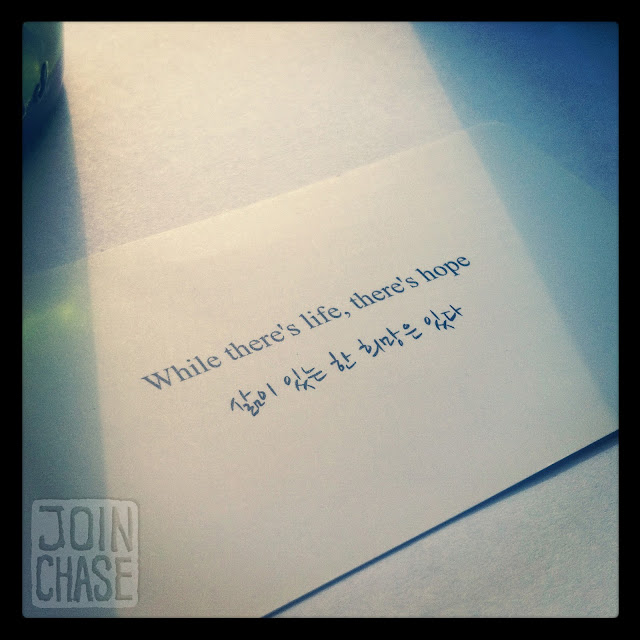 I’ve met lots of little angels in my life. Guardians that just sort of appear at the right time, in the perfect moment, and/or for a reason. This weekend I felt surrounded by them. Perhaps it’s because I needed a lot of help, or a simple reminder that life isn’t meant to journey alone.

Don’t even get me started about how difficult it is to use some of the computerized luggage lockers inside Seoul’s Metro system. Thankfully, with the aid of two random foreigners, I managed to shove my suitcase inside one yesterday. Getting it out would’ve been a different story, if it weren’t for another little angel today.

I must have walked several miles yesterday, in search of my next destination in Gangnam, Seoul. The directions I had were absolutely ridiculous, or my bearings were a bit off. Either way I had to stop and ask for help.

A nice barista came to my rescue with caffeine, and a detailed drawing. Koreans seem to really enjoy making maps. I’ve received some pretty amazing sketches during my time here. She knew exactly what I needed, and where to go—a little jolt and a direction to bolt.

While out and about last night, some friends and I ran into a group of Korean men at a batting cage in Sinchon, Seoul. All were very intoxicated, as is usually the case with groups of Korean men late at night. One randomly gave me his business card. On the back it said, “While there’s life, there’s hope.”

I like that. ‘While there’s life, there’s hope.’ As long as you’re living, never cease to hope for something more, something better—something. Coincidentally, I just stumbled upon the same quote in my daily planner for next Monday, May 7, 2012.

This afternoon I was running late for my bus departure from Seoul (not a big surprise, as I’m always late for everything). By the time I made it back to the luggage lockers at Honik University’s stop, every second mattered, and I had no idea how to get my stuff.

After desperately pushing a bunch of buttons, I turned around to see a young Korean woman standing behind me. I gestured for help, and she quickly retrieved my belongings. As I started to walk away, I looked back and noticed she was gone. She seemingly appeared out of nowhere, and disappeared just as fast.

I made it to Nambu Bus Terminal with about four minutes to spare. I ran inside, grabbed a bottle of water, weaved through masses of people, hopped on the bus, sat down in my seat, and took a deep breath as we pulled away.

All weekend I had to rely on other people to make it from one point to the next. I would've missed the bus if no one was around to assist me with getting my bag out of the luggage locker. Life isn’t meant to journey alone. Turn around. Ask (or gesture) for help when you need it. And be a little angel in someone else’s life when they need it.