PUTTING MY PAWS UP 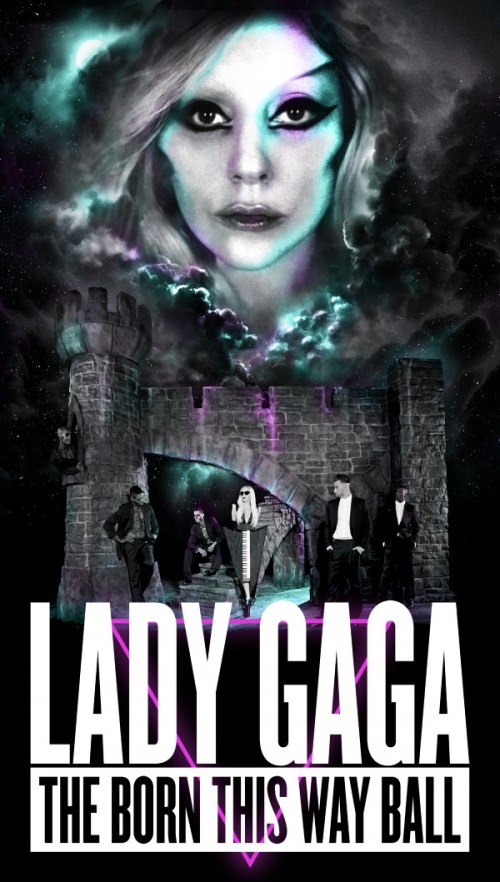 
From The Korean Herald, as seen on The Jakarta Post, Wednesday, April 25, 2012—Artists and critics are calling for cultural tolerance from conservative Christian groups who are staging a series of protests against U.S. pop star Lady Gaga, accusing her of advocating homosexuality and pornography.

Some churches in Seoul held group prayers or services against Lady Gaga, one of today’s most influential artists, while others are holding protests in front of the Hyundai Card head office building, calling on the company, official sponsor of the concert, to cancel it...

“This clearly shows how Korean society still lacks cultural tolerance and how we are not ready to recognize cultural and social diversity yet,” culture critic Seo Jung Min-gaph told The Korea Herald.

The pop-culture icon will kick off her Born This Way Ball in the Korean megacity, but her presence on the peninsula has been met with both praise and opposition.

According to dozens of online news sources, some (not all) conservative Christian groups in Korea, such as the Korean Association of Church Communities, are protesting—praying for God to miraculously stop “Mother Monster” from performing so she can’t “infect young people with homosexuality and pornography…”

Apparently organizers of these anti-Gaga demonstrations also said, "…I'm sure God will be listening with an open heart and strike down Lady Gaga with a nasty case of laryngitis—We'll just have to wait until April 27th to find out if the show will go on without holy intervention…"

No wonder! I didn’t know homosexuality could be transmitted through performing artists who occasionally wear meat. I listen to Lady Gaga all the time. I must have caught a "disease". I’m going to cover my body in samgyeopsal to celebrate, as a way to culturally thank Koreans who believe this.

Sorry to break it to you, KACC (I made up the acronym), but I’ve been raising my paws to God, and it looks like God’s busy answering my prayers. The show will go on!

Perhaps if you’d open your doors to loving everyone, you’d realize your country is already full of homosexuals. I’ve never met so many closeted gay men in my life! In fact, the person praying next to you might be gay, and/or has probably looked at pornography at least once (little peeps count) on something we call the Internet.

Fearing that Lady Gaga’s message spreads homosexuality is like thinking kimchi should be eaten at every meal. It’s not true.

Lady Gaga hasn’t commented on being condemned by these religious groups yet, and likely never will. It’s something she’s probably used to by now, and I’m pretty sure she’s a little preoccupied with getting ready to start a world tour. No big deal or anything.

TK, a friend of mine, has been volunteering as a Korean-English interpreter for Gaga’s personal security guards. As a fashion designer, TK jumped on the opportunity to assist “the biggest fashion icon” in this way. Although he hasn’t had a lot of direct contact with Gaga, he had the chance to talk with her before he quit the position for personal reasons. He assured me she’s very nice.

“The stage is amazing and humongous!” TK also revealed, “It takes up almost a third of the field… I can’t tell details, because of security, but I guarantee this concert would turn even non-Gaga fans into fans…”


I have a feeling the woman in the middle of this picture (linked to the article) is already a Gaga fan, secretly. Just look at her animal-print scarf. If that doesn’t scream rebel, I don’t know what does. And if TK is right, at least the man a few pews behind her, the one that doesn’t have his eyes closed as tightly, will give in to Lady Gaga's awesomeness. I’m sure of it.

Besides a behind the scenes look at preparing to open Gaga's world tour, I wondered what TK had to say about the reactions she's been receiving this week from a few conservative Christian groups in Korea.

“Frankly, this is nonsense,” he began, “She’s an artist and she has the right to express herself as an artist… I understand [some Christians] abhor and ban what she stands for, but it doesn’t mean they have the right to block her expression and her business. I’m not saying they need to accept and understand what she’s capable of, or doing, but they need to respect that we all have different perceptions…”

A fellow Guest English Teacher in Korea is just as excited about the concert as I am. “I’m going to see Lady Gaga because I’ve loved her music for ages.”

Nick has been counting down the days via music video post on Facebook, and plans to rock his Haus of Gaga t-shirt tomorrow night.

“I love the fact that she fights for what she believes in, and uses her influence in a positive way,” he went on to say, “[It’s hard to] read stories about people being bullied and discriminated against because of [an aspect of] who they are… Gaga makes me feel like there’s hope for the future…”

Recently, a Korean co-teacher and I discussed our personal views of Lady Gaga as we prepared materials for English class. Although our lifestyles and life experiences are completely different, we came to some of the same conclusions. Lady Gaga is simply a singer, a performer, and people think way too much.

Gaga represents parts of “Western” culture that aren’t as widely okay in Korea. She’s the epitome of individualism. Her entire mission is to encourage everyone to be what they were meant to be—beautiful in their own way.

Whether life’s disabilities
Left you outcast, bullied or teased
Rejoice and love yourself today
‘Cause baby, you were born this way

No matter gay, straight or bi,
Lesbian, transgendered life,
I'm on the right track, baby
I was born to survive

Personally, I don’t understand what’s so evil about these lyrics. Do you read anything that’s not encouraging?

Although referring to persons of Asian descent as ‘oriental’ may be a bit outdated, at least she gives Koreans a shout out. There are plenty of other ethnicities unrepresented here, so come on KACC—cut Gaga some slack. You were born this way.

Korea is a collective society as a whole, meaning no one really wants to stray too far from the pack. It’s not as acceptable to be clad in something ridiculous, unless everyone else is wearing it too. This goes for all areas of Korean life. If you don’t have straight bangs, you don’t really belong. If you don’t live with your parents until you’re married, something might be wrong.

While trends like this definitely occur in the United States, it’s not as pronounced as it is here. There are certain behaviors you must adhere to in order to fit in, and conforming in Korea is what you do to survive within community.

“She’s weird,” said Do-Jin, another Korean friend of mine, “But, she knows how to be a star…”

It doesn’t matter if you like her or not. Do-Jin is right. Lady Gaga knows how to be star. According to her official website, the reigning “Queen of Pop” is the first artist in history to claim four #1 hits from a debut album. She’s also one of the most popular Facebook users, and is flying high with around ten million Twitter followers.

Gaga has obviously caught the attention of the world with her proactive ways of facing controversial topics head on. I think more people need to follow her lead.

From the moment I purchased my ticket for her show, I knew it was going be something I’d remember for the rest of my life. However, I didn’t know it would bring so many opportunities for cross-cultural reflection, conversation and exchange.

What does this “clashing of cultures” mean for Korea?

“… I wouldn’t say this is going to be a turning point for Korea [to become a more] culturally accepting country,” TK concluded, “However, this would be a good starting point [for Koreans to look at one another openly, and take off those colored-glasses]…"

Come one and all to the Born This Way Ball! Well, everyone but short people. I heard short people spread Gynecomastia like a virus. I’m going to pray that God puts all short people in a cage to prevent them from coming to the concert and giving everyone Gynecomastia. I’ll make sure to wear sequins so God can see me faster, and hear my prayers in time.