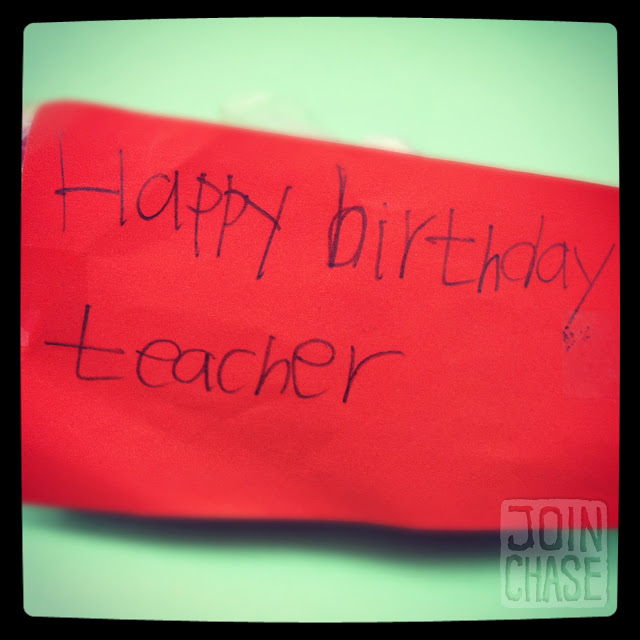 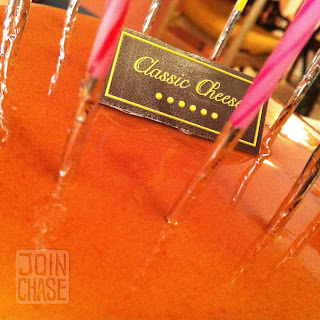 My birthday turned into a four-day celebration filled with friends, and friendly messages from all over the world, three cakes, possibly 16 shots of espresso, probably just as many bottles of wine, two or three margaritas (I can’t remember at this point), various cat shirts, lots of dancing, and hardly any sleep. It was the best birthday ever.


It began with skipping Taekwondo and yoga to drink two bottles of wine in front of Homeplus on Thursday evening. I knew sipping wine from paper princess cups at the most trafficked spot in Ochang would be a bad idea. Sure enough we were caught by a little Korean girl that asked for some of our “juice-uh”.

We quickly hid the bottle before her whole family came over to chat. Not long after they left, two of my former students walked by. They could smell we were up to no good, so I bribed them with some Goldfish crackers to pretend they never saw me.

Somehow many of my current students knew it was my birthday on Friday. I even received some handmade cards and random presents. My co-teachers took me to my favorite coffee shop in town, and surprised me with a cheesecake. We enjoyed foamy creations made by Sung Yoon, and laughed a lot.

I headed to Cheongju to buy a new bike on Friday night. I chose the first one I saw, a Trek mountain bike, and rode it back to Ochang's Lake Park in time to meet friends for more wine, fried chicken, and a cake (made by Linh). It was the perfect way to end the first day of my 28th year of life.

Because it was still my birthday in a different time zone, I decided to head to Seoul to celebrate Cinco de Mayo on Saturday. First stop was a lunch date at On The Border with Ryan. After stuffing our faces with cheese dip and tortilla chips, I headed to Tomatillo Grill's festive block party in Gangnam to meet some other friends.

A wine happy hour at COEX Intercontinental Hotel beckoned us next. We arrived late, but there was still plenty of time to fill up on plates of deliciousness, cheers to life a few times, and drink at least a bottle or two of wine each (I think Linh had three).

By the end of it, everyone was ready to hit up some dance clubs in Itaewon. I transformed into a cat (shirt) before "strutting my stuff" through the mall, and made a new friend on Seoul Metro because of it.

We didn’t stay out too late in Itaewon, but it was long enough for me to meet the handsomest Korean man I’ve ever met. I pounced on him like the cat on my shirt would have wanted me to, and invited him to go to McDonald’s with us. What was I thinking? Not the best first impression, but hopefully he'll get over it.

Just when I thought my birthday was finally over, Erin and Suzette surprised me with an ice cream cake from Baskin Robbins this evening. It was a cute little dinosaur. We ate almost all of it as we caught up on the latest gossip. I’ll probably eat the rest tomorrow. Poor thing barely had a chance to live.

I’m absolutely exhausted now, but I don’t even care. It was the longest and best birthday ever. I feel abundantly blessed to have such incredible people in my life. Thank you for being part of what turned out to be a four-day celebration, whether you're near or far away.