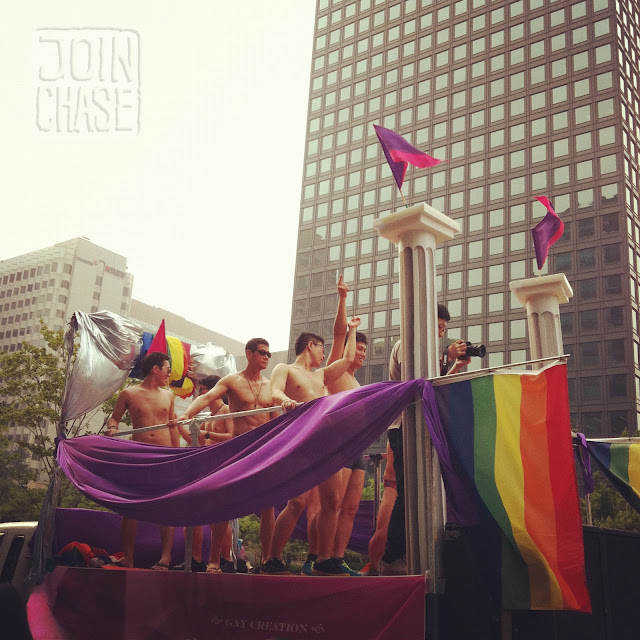 This weekend was the 13th Annual Queer Festival in Seoul, which is basically Korea’s only version of gay pride. I was pleasantly surprised by the turnout. It was a diverse mix of foreigners, as well as Koreans. And somehow, fittingly, about everyone ended up in the parade at the end.


Since homosexuality is still a taboo topic on the Korean peninsula, I was inspired to see so many Koreans standing up for who they are, and/or supporting loved ones on the journey, especially since it’s quite risky to be open about it here. Violence towards homosexuals in Korea is low; however, being openly gay could mean losing a job, or even family.

I haven’t struggled to meet gay Koreans. There’s an entire “underground” community just bursting with fabulousness. On the other hand, I think it would be difficult to have a same-sex relationship with a Korean. The reality of circumstances is quite different. Cultural oppression leads to little possibility of having a future together it seems. Then there’s the language barrier, and societal differences.

Thankfully, I’ve been able to develop very meaningful relationships with many gay foreigners and Koreans. Some of my best homosexual friends in Korea have been by my side since training.

Even though homosexual foreigners have to be quite careful about to whom they reveal their sexual orientation, I can still show my support for equal rights in Korea. Attending the 13th Annual Queer Festival in Seoul was one way to stand up, and merrily fight for what’s right. And it was so much fun to do so alongside amazing friends.