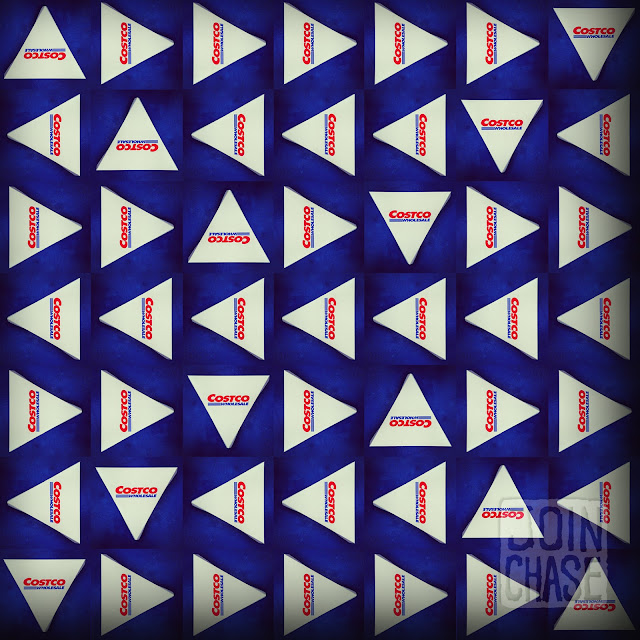 I’m sure going to Costco isn’t a big deal to most people, but it’s definitely a cultural experience in Korea. Surprisingly, I’ve only been to Costco outside of the United States—in Canada and South Korea. Korea has several locations. I’ve gone a few times, and each visit has been eventful.


It's impressive how orderly everything has been each time I’ve gone. Korea is known to be a push and shove sort of country. Space is kind of limited, and being too close for comfort isn’t a big deal like it is in some other places.

I’m convinced Costco in Korea is always overwhelmingly full of people buying bulk amounts of food as if it’s Armageddon. Plenty of staff is available to help direct the masses, however. Even traffic control persons prevent traffic jams outside the store. It’s literally chaos. Beautiful Korean chaos mixed with a bit of globalization.

Fellow Costco lovers know no trip to the wholesale retailer would be complete without stopping by the food court (at least once) for a giant slice of cheese pizza, or a cheap foot-long hot dog. Going to the food court has been the highlight of every Costco excursion I’ve embarked on, especially in Korea.

Perhaps the most unusual sight in Korean Costco food courts is people eating plates full of mustard and onions. And I mean full. Like an overflowing pile of mustard mixed with chopped onions from the enormous do-it-yourself onion chopper on the condiment line.

I’ve watched Koreans mix mustard, ketchup and onions together as well. Others go all out with mustard, ketchup, onions, and packets of sweet relish. But, don’t knock it until you try it. The combo goes surprisingly well with about anything on the menu. Take a bite of chicken bake, and then a spoonful of oniony goodness. No Korean meal is complete without kimchi. This concoction apparently comes close enough.

The food court is normally so full I have to sit on the floor to eat, or extremely close to someone I don’t know on a tiny bench. I’ve even seen people use shopping carts as dining tables. Finding corners to lean against works too. Set your Coke on the ground, and have a friend hold your plate as you get situated.

Then you have those that hover. Hoverers awkwardly stand behind people sitting at a table, waiting for them to hurry up and leave. It doesn’t matter if you just sat down and took your first bite, hoverers will hover until your last mouthful.

The great big carts don’t help. People are constantly bumping into each other and everything. A friend of mine has witnessed a cart-to-cart showdown between two middle-aged Korean women in the food court. Neither would budge. When one finally moved to let the other get by she got sideswiped. Cart rage!

The next best thing about Costco is its infamous, massive pies. I thought it would be a good idea to buy one. Sometimes I forget I don’t have a car in Korea. I paid for my impulse purchase with plenty of laughter and stares on the metro in Daejeon, as well as in the train station. As if I don’t stand out enough as a foreigner in Korea. Why not carry a gigantic pie for everyone to see?

It’ll need to be a team effort if you attempt to take public transportation with a pie from Costco. You can’t get through the entrance and exit gates if you happen to be carrying anything else in addition. And let’s face it. Costco in Korea is a destination to stock up. You’ll probably be carrying more than you can hold. Make wise decisions. Handle with care, and pass the pie through first.

I’ve been eating pie for three days in a row. I really should stop, but I’m not going to. Even though the only thing I can understand on the label is it has about 8,000 calories. Let’s just imagine it’s simply made of bread, apples and cinnamon with some extra stuff we don’t need to worry about. Suddenly, it becomes the best decision ever.

Thanks to Costco in Korea for providing so many interesting cultural and personal experiences. Each visit has been eventful. I can’t wait for more warehouse adventures. I’ll be back as soon as I run out of the four pounds of Kirkland Signature cheese I bought. So, see you next week.