PULL UP A PLASTIC CHAIR 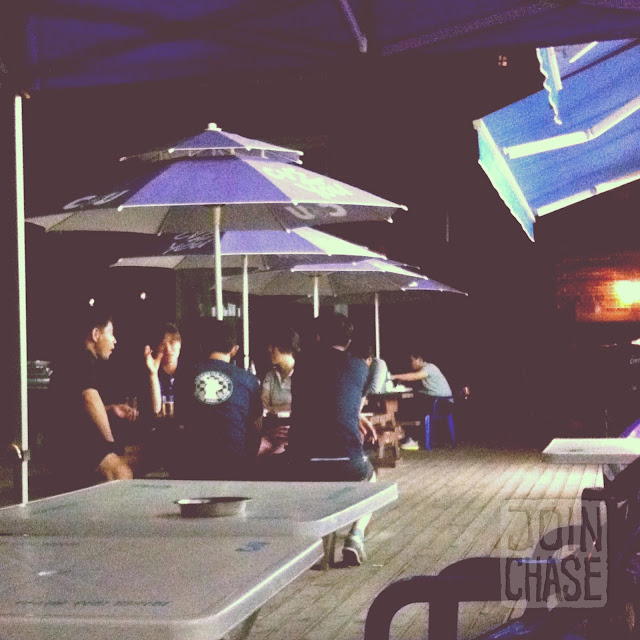 Pull up a plastic chair, and join me for a drink outside of a convenience store in South Korea.


It’s a gorgeous summer evening. Light from inside the shop spills out on the faces of locals gathered around picnic and plastic tables, chatting between shots of soju and beer. There’s a chance of rain, but patio umbrellas and a canopy tent offer us protection. Noise from a large flat screen television competes with summery insects chirping in the distance. The entire scene is a common sight throughout small towns, larger cities, and even in Seoul.

Something I found surprising about Korea at first was the number of convenience stores. Although Korean cities tend to be much more condensed than cities in countries with room to stretch, there’s about a dozen shops selling the same products within two or three blocks from where I live. Is it really necessary?

I’ve never quite figured out what keeps them from going out of business, especially when several are located right next to each other. Many owners must struggle to get by. Then I noticed something that may be what keeps them going. Most of these small shops have an outside seating area much like the one I’m sitting in now.

Even after two years of living in South Korea, I still refer to these convenience stores as gas stations sometimes. It’s a habit. Coming from a region of the United States where everything is very spread out, these types of shops are usually only found attached to gas stations. And the idea of going out for drinks at a gas station isn’t exactly common or even possible unless you pull into a truck stop or rest area.

But, in Korea convenience stores aren’t located a drive away, and they’re not gas stations. They’re right next-door, and in some cases may even be in your apartment building. Hanging outside 711 is what many Koreans do. Especially in the summer months, even the smallest shops have a few spots for people to sit and enjoy time together.

It’s quite the sight to see, but has definitely become one of my favorite aspects of Korean culture. It seems these outdoor patios at convenience stores are even busier than bars, as most stay open 24 hours. If you currently live in South Korea, where do you prefer to hang out in your neighborhood? If you plan on visiting, be sure to pull up a plastic chair and drink with some of the locals.