SURVIVING THE DRINKING CULTURE OF KOREA 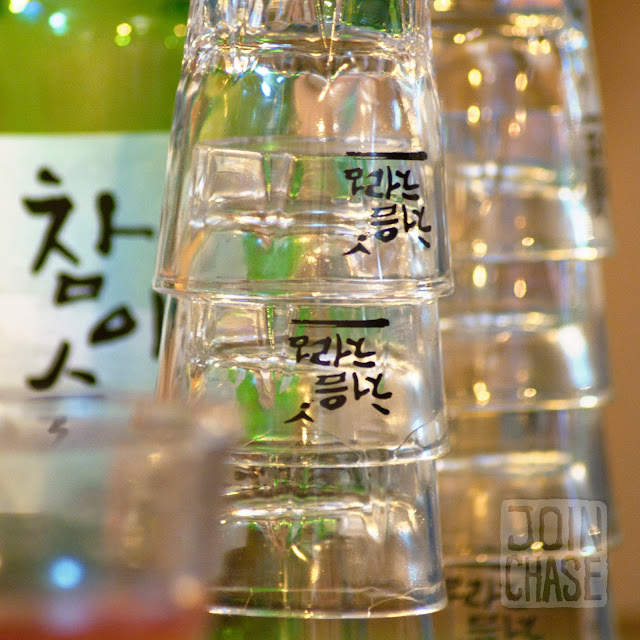 The following post was written for my new "Cup of Korea" series for AngloINFO Seoul. If you're looking for comprehensive, independent, accurate and up-to-date information on every aspect of life in Seoul, AngloINFO Seoul is your definitive English-language guide.

A co-teacher and I arrived quite early for dinner. We were the only two in the small, private room, which gave us plenty of time to think about what was to come. A meal with the principal, vice principal and only a few other teachers was bound to be a bit awkward. Usually we’re able to sort of blend in during staff events, as there are many teachers at my school. But, this time there was no hiding, no escaping the inevitable.

Drinking alcohol is a huge part of Korean culture. There’s even an entire set of customs and norms surrounding the act of consumption. Understanding this ritual is the first step toward survival. I’ve been pardoned many times for breaches in cultural etiquette; however, when it comes to pouring a drink for someone else in Korea, there’s not a lot of room for making mistakes.

If someone pours you a drink, you should hold your glass to accept it with two hands. No exception. You can either cup the glass, or support the arm holding the glass with your other hand (assuming you have both hands), generally just under or around the elbow. Watch it in action, and you’ll get the hang of it. Don’t worry.

There's a system of hierarchy in Korean culture as well. If you’re drinking with people older than you, you should turn away as you take a swig. Although this tradition is probably the most forgivable if you forget, it’s best to remember to do this with the elderly generation at least. It’s considered rude to take a drink in front of someone older than you in South Korea.

If your drink is poured first, and it happens to be soju or some other form of liquid that would best be downed in one shot, turn away, take the shot, empty the glass, hand the same glass to the person who poured yours, and then pour them a drink. What am I forgetting to mention? That’s right. Make sure to also use two hands to pour.

Most Koreans share about everything around the dinner table, so using the same glass is normal. After everyone has had a few drinks, glasses get misplaced and passed around anyway. If you’re afraid of germs, get over it. You’ll miss out on many cultural opportunities if you don’t.

Although I’ve been to numerous staff outings since arriving in Korea nearly two years ago, I still get so nervous about messing up. Because no matter how hard I try, I don’t quite get it. I don’t quite fit in. I don’t quite pick up on all the cues. You’re going to make mistakes. That’s part of the fun. Koreans will appreciate your attempts. Play it safe and wait until someone pours you a drink first.

Contrary to what people may think, even though consuming alcohol is an ingrained part of Korean culture, not all Koreans like to drink. Partaking in the cultural aspects surrounding drinking is what’s most important. I’ve observed several techniques used by locals to avoid getting drunk during a drinking session. As a result, I've come up with seven strategies to help you survive the drinking culture of Korea.


1. Designate someone to be your drinking guide. For me it’s usually one of my co-teachers. This person can help you navigate through the process of shots and pours, and assist you with the following.

2. When you turn away to take a shot, just take a sip. It’ll appear as if you’ve taken the entire shot. Turn back quickly to set the glass on the table before anyone notices. And then...

3. Hide your shot glass behind other dishes on the table. Seems simple, but it works. Eating out in Korea involves an abundance of tableware for various side dishes that come with most meals.

4. Fill a shot glass with water, and keep it close to you. This is my personal favorite. Soju and water look the same in a glass. This way you’re ready to cheers when called upon, and it'll seem as though you’re taking a shot of alcohol every time.

5. Pretend to take a drink, but don’t actually drink at all. This strategy is a little risky, but usually works after the head of the table, such as a principal or manager, is already tipsy. Act like you’re taking a shot, and then pour the alcohol into another glass on the table (or repeat step three).

6. Politely tell someone to stop pouring your drink without saying a word. I've learned you can do this by lightly tapping the bottle with the rim of your glass. This one doesn’t always work, however. Especially after pours begin to get sloppy.

7. If all else fails, try mixing soju with beer to create what Koreans call somak. It tastes pretty good, and can last as long as you’d like. Taking little chugs from a glass of beer is less obvious than sipping from what’s supposed to be gulped in one shot.

Of course if you get caught doing any of these things your life in South Korea will be over. Just kidding. Kind of. I'd suggest using them as a last resort. After you've had your limit. Have I mentioned drinking in Korea is a really big deal? Like a really, really big deal, especially for men. You can't exactly say "no".

I fully participate in the intake of alcohol. Having a few shots helps make some cross-cultural interactions a little less awkward. And I usually end up getting pretty intoxicated at staff events. It’s a way for me to communicate with my colleagues, and is something I’ve enjoyed about my experience here.

At the same time, I don’t believe it’s necessary to get drunk to the point of being out-of-control. Drink within reason, and be responsible for your own actions. You might end up kissing your principal if you don’t. It was on the cheek, and for a photo. He did it first. I felt like I had to peck him back. Gun bae! Cheers! To making memories.