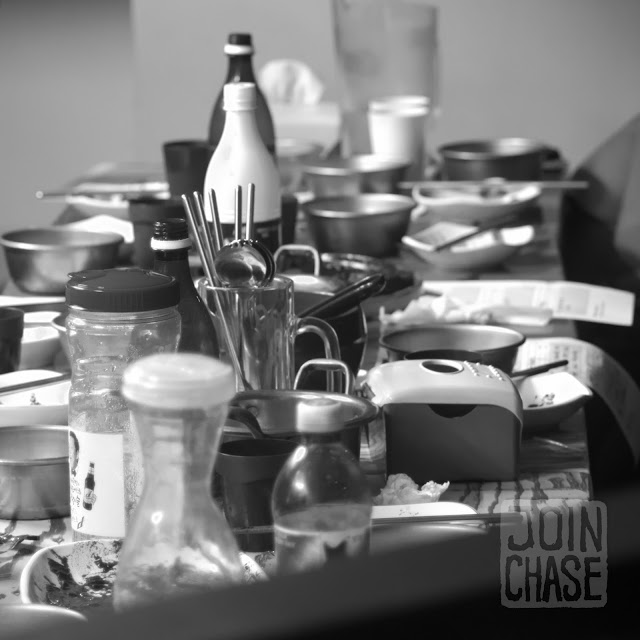 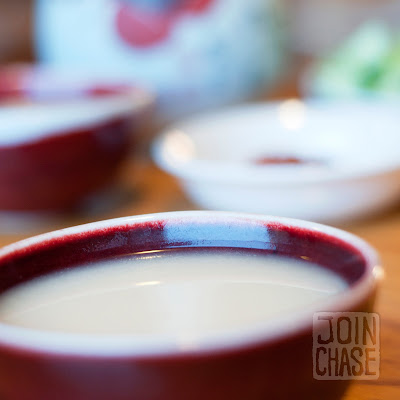 One of my favorite things about Korea, and Korean culture is makgeolli. The creamy, sometimes sweet, other times sour, usually cheap, traditional rice wine had me at annyeong-haseyo. As an alcohol that can be creatively infused and artistically flavored, makgeolli is gaining popularity among local and foreign enthusiasts alike.


Some of the best moments I’ve had in Korea involved the consumption of makgeolli. Whether under bridges with fellow bicyclists, outside random convenience stores in the middle of nowhere, or inside traditional makgeolli houses in the heart of Seoul – every time I took a sip, it felt as though I downed a very rich, cultural experience.

I’ve had the privilege of getting to know a woman who is very passionate about makgeolli. Julia Mellor, with Makgeolli Mamas and Papas Korea (MMPK), encourages everyone to become more knowledgeable about makgeolli through various, interactive ways.

MMPK meets every three weeks for a tasting event around the city. Each gathering is held at a different establishment known for good makgeolli and food. All are welcome to register and attend. It’s especially great if you’re new to the city, and/or want to integrate into a thriving expat community.

According to Julia, jeon can be a personal preference. Not just because of the ingredients, but because of the way it’s prepared as well. Some people like jeon to be thin and crispy, others like it thick and kind of soft on the inside. How do you like yours?

Here are a few of Julia’s favorite jeons, what kind of makgeolli she suggests to pair with them, and where you can go to taste the experience for yourself.

“Nakseo Pajeon is one of the most famous places in Seoul for makgeolli,” according to Julia, “Not because it has a fancy selection of makgeolli, but because their pajeon is just so delicious. It's the thickest jeon you’ll ever see. Perfectly crispy on the outside, and the inside is soft, steamy, and packed with kimchi (or seafood).”

Julia’s not usually a fan of Seoul Makgeolli, but it’s actually the only type of makgeolli available at Nakseo Pajeon.

“Fortunately, it goes really well with this kind of jeon. It's light, slightly carbonated and doesn't have a strong flavor. The pajeon really is the star in this pairing. It's perfect for a rainy day when you need something to warm you up.”

I took Julia’s advice, and headed to Nakseo Pajeon to try the kimchi jeon. Sure enough, it was just as she described. The thickest I’ve ever seen, seemingly breaded and deep-fried to greasy perfection. It could be an entire meal for two, three, even four people. And it definitely pairs well with Seoul Makgeolli.

The atmosphere of the place was just as tasty. So was the surrounding neighborhood. But, my favorite part about the experience was the ajumma who sat on stairs just inside the door. She greeted everyone with a big grin, and happily took our money on the way out. She was even willing to pose for a photo. I’d go back just to see her again.

The only complaint I have, because of a personal preference, is the kimchi jeon at Nakseo Pajeon comes stuffed with tons of tentacles. It didn’t take away from the flavor. It just added an unpleasant texture ­­– one my mouth isn’t accustomed to. I like kimchi jeon to be thin and crispy with no seafood.

“This style of jeon is different than the usual round, flat pancake,” Julia explains, “The oysters are individually pan-fried in the batter, and the result is juicy and delicious. When the oysters are fresh, they’re very flavorful. A good makgeolli paring for this would be Deoksan. It's a bit sour and chalky, and has a strong nose. The oysters are a little sweet, so the offset of thick, strongly flavored makgeolli makes a great combination.”

Julia believes it can be hard to find a good potato jeon, and not all places know how to get it right.

“It's best when it's lightly salted, and just the right thickness to be evenly crispy on the outside, and slightly gooey on the inside.”

One of Julia’s favorite types of makgeolli is Songmyeongsub. She thinks it goes well with just about anything.

“It's a very sour makgeolli with no aspartame or sweeteners, so the mild flavor of potato jeon allows you to fully appreciate the taste profile of the makgeolli.”

“Songmyeongsub can be unpredictable in the summer months,” she warns, “It’s best enjoyed in the cooler times of the year.”

If you’re new to the world of makgeolli, no worries! Julia’s got you covered.

“If you’re choosing your makgeolli from the supermarket,” she says, “It's important to check the date. All makgeolli will have a bottled date and an expiration date. Fresh makgeolli usually has a 30-day shelf life, so the closer to the bottled date the better.”

Julia suggests trying many different types of makgeolli to figure out what you like the most. When you find one you enjoy in particular, make a note of it. Every region in Korea has a unique kind of makgeolli. Whenever you travel outside of Seoul, be sure to sample the local brews too.

Need more information? Check out MMPK’s supermarket makgeolli guide on their website, including advice on where to find makgeolli without aspartame or other added sweeteners.

To learn more about makgeolli, jeon pairing, and makgeolli places, get involved with Makgeolli Mamas and Papas Korea. In addition, AngloINFO Seoul offers an extensive online directory of local businesses.