KOREA OUT OF KOREA 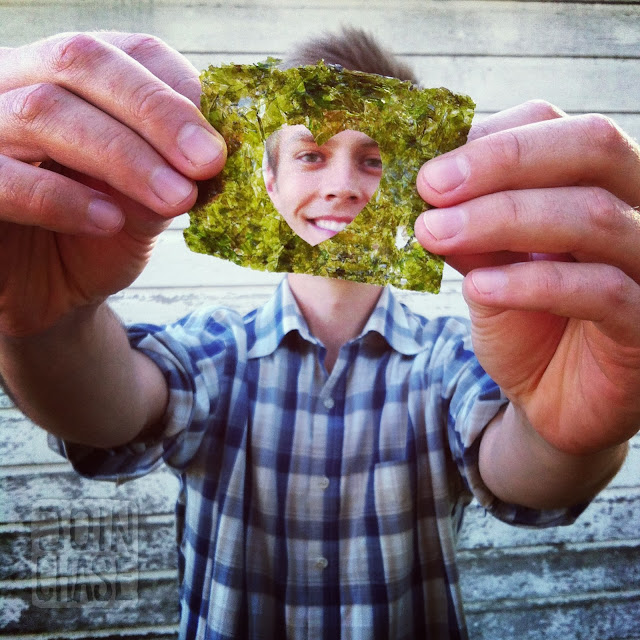 I left Korea a few months ago, but Korea hasn’t left me.

I traveled throughout the United States, Canada, Guyana (South America), and even Thailand before moving to Yangon, Myanmar, where I’ve committed to live and work for the next year. I miss South Korea terribly, but thankfully I’ve found ways to keep Korea in my life wherever I go.

One of the best ways to transition from Korea is to bring a Korean with you. It was so special to get to share aspects of my life, culture, family, and friends with someone who shared so much of that with me in Korea. Howl joined me for a three-week trip around the United States. We had a fabulous time, sharing sips and bits of Korea with everyone we met along the way.

REUNITE WITH A FRIEND WHO HAPPENS TO BE KOREAN

Koreans are everywhere, and having a token Korean friend is necessary for survival these days. I didn’t even realize one of my closest friends since childhood was Korean until I went to Korea. Having a better understanding of where she comes from has bonded us for life.

As if I actually had to force them to be friends. It was friendship at first sight.

LOOK FOR KOREAN RESTAURANTS AND MARKETS IN YOUR AREA

Beer, cheese, and kimchi are three of my favorite things. If that sounds like you, stopping by Earl’s Beer and Cheese in East Harlem, New York, is a must. Try the grilled cheese sandwich with pork belly, kimchi, and fried egg on sourdough bread. It’s outstanding. However, if you don’t care for hunter décor, try making your own version of a kimchi grilled cheese sandwich at home.

If your stash of Pepero is low, stock up in Koreatown between 5th and 6th on 32nd. Not in New York? Boston has plenty of Asian markets with Korean foodstuffs too. So does Chicago. Joong Boo Market is one of the best Korean stores I’ve been to. We were able to get all the ingredients needed to make authentic Korean food. I even picked up some Korean souvenirs there, including a makgeolli kettle and tiny traditional kimchi jars.

We’d make Korean food for friends in most places we went. Well, I mostly helped chop vegetables for japchae and bulgogi. Howl did the cooking. Sharing Korea through one of its greatest resources – food – is probably the most enjoyable way to keep it in the present. And fellowship. One of my favorite things about Korean culture is the importance of having meals together.

If you’re lucky enough to live in Chicago, you can head over to Baesangmyun Brewery. Slow City is the first kind of makgeolli to be domestically brewed in the United States. As a makgeolli lover, I was thrilled to have a chance to try Slow City Makgeolli. Being a former Chicagoan, I’m proud of the fact there’s a large enough Korean population in the city to support a local makgeolli brewery.

Slow City is refreshingly sweet, but not too sweet, and just the right amount of Korea in a tin cup. The breathable cap on the bottle is a unique feature, but don’t excitedly throw it around when you find it at a store. It’ll leak.

HAVE KOREANS SEND YOU THINGS

I got a package from one of my former co-teachers in Korea while I was visiting family in Iowa. She sent some of my beloved Korean snacks. The salted sheets of seaweed didn’t go over so well with my family, but the baked potato chips did.

FIND WAYS TO INSERT KOREA INTO CONVERSATIONS WITHOUT BEING TOO ANNOYING

It’s difficult to find a balance, but casually mentioning something about Korea in most conversations can be justified if you’re not trying to prove that South Korea is better at everything all of the time. Just because I felt like I was in a “developing country” while riding the subway in New York City doesn’t mean people want to hear about it. Seoul Metro is simply more advanced. And cleaner and nicer and brighter and safer and…

If this seems a little extreme (or insane), you could simply have a Korean product scavenger hunt. Or, play “Who Can Spot the Korean Car First” while going on a road trip. Samsung. LG. Hyundai. Kia. Korean products are everywhere. You’re probably using technology manufactured in Korea to read this.

MOVE TO A COUNTRY THAT’S MILDLY OBSESSED WITH KOREA

The influence Korean culture has in Myanmar is evident. Korean dramas and music videos play on televisions in shops and cafés. I can’t help but get sucked in, even though I’m trying to focus on integrating into this society.

Korean restaurants are tucked away in various corners of Yangon. I can buy kimchi and kimbap in most supermarkets. Korean cosmetics are advertised on billboards and sold in numerous stores. Even some of the language seems to have infiltrated its way into Burmese. I swear I keep hearing some colleagues saying, aigoo.

I may have left Korea a few months ago, but Korea hasn’t left me. Instead of letting memories sink to the depths of my soul like chunks of rice that settle at the bottom of a bottle of makgeolli, I want to mix it into everyday life. It’s a home for me, a place that has undoubtedly shaped who I am, and because of that, a sort of subculture has been formed within. Now excuse me as I continue my quest to find makgeolli in Myanmar.

This post was written for my "Cup of Korea" series with AngloINFO Seoul. If you're looking for comprehensive, independent, accurate and up-to-date information on every aspect of life in Seoul, let AngloINFO be your English-language guide.