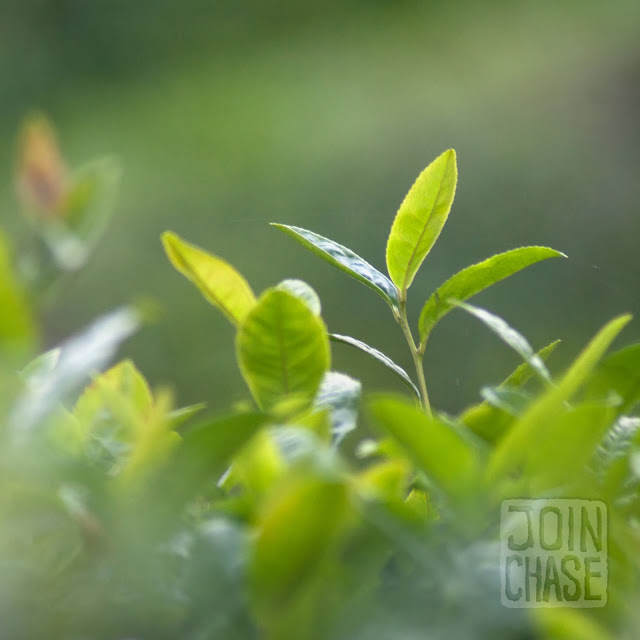 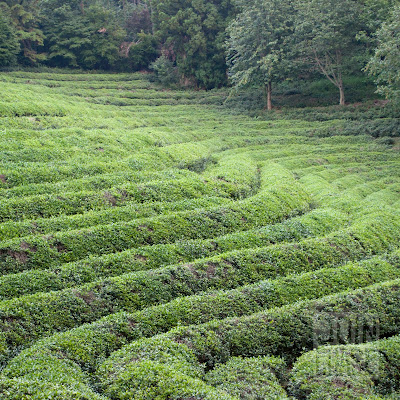 Even though the time I had in Gwangju, South Korea, was brief, I couldn’t be in the area without taking a detour to experience the infamous green tea fields of Boseong. After a long day of biking the Yeongsangang path from Gwangju to Damyang and back, I left my bike at the U-Square Bus Terminal, and cleaned up in a public restroom before hopping on a bus to Boseong.


Once I arrived in Boseong, I had about an hour before it got dark. I immediately located a taxi, which isn’t the cheapest option, and had the driver take me to one of the most popular destinations in the area – Daehan Green Tea Plantation. It took about 20 minutes to get there from the station.

I purchased a ticket to enter, and made it just in time to see the sun set on orderly rows of tea bushes still lathering the hill in green. I quickly hiked to the top for a spectacular view of the plantation, and then hustled my way to the gift store while there was still enough light.

August in Korea is extremely hot and humid. I was dripping in sweat, and wanted nothing more than some green tea ice cream after rushing down the hillside. Unfortunately, the ice cream stand closed just as I was nearing, so I settled for some green tea, and green tea cookies from the souvenir shop.

It was dark by the time I left. Thankfully, I got a business card from the taxi driver who dropped me off, so I called to have him pick me up. I used what little Korean I knew, and it seemed like everything was fine. I waited. And waited. And waited some more. No taxi came. At least I had cookies to keep me company.

Just as my phone was about to die, I managed to get ahold of a Korean friend who got in touch with the taxi service. Turns out a taxi came after I called, but the driver didn’t see me. Everything worked out in the end, and I was on my way to catch one of the last buses (if not the last) from Boseong to Gwangju.

The bus between Boseong and Gwangju takes about 90 minutes (one way). That means I was on the bus nearly three times as long as I was at Daehan. When I made it back to Gwangju, I still had to bike from the station to my hostel. Needless to say, I was extremely exhausted after the long day of biking, and my spontaneous teatime in Boseong.

Although I didn’t have much time there, the trip was totally worth it. Daehan Green Tea Plantation is one of the most spectacular places I’ve been. Tranquil. Serene. Peaceful. Meditative. Good for the mind and body, just like a cup of green tea. I’d love to go back.

There’s something for everyone, every season, even if you've already been. Boseong Green Tea Plantation Light Festival is coming up. It runs from December 13th to February 2nd. I bet it’s just as beautiful, if not more beautiful to see Boseong in the winter months.

I encourage you to go.

Go alone, with family, or friends.

Experience something that shouldn’t be missed.

If you have more time than I did, definitely look for opportunities to pick green tea, or take a dip in the nation’s only green tea and saltwater spa. Oh, and if you happen to go in the summer, please let me know how the green tea ice cream tastes.

This post was written for my "Cup of Korea" series with AngloINFO Seoul. If you're looking for up-to-date information on every aspect of life in Seoul, let AngloINFO be your English guide.

HOW TO GET THERE:

From Gwangju, take an intercity bus to Boseong. From Boseong, take a local bus bound for Yulpo and get off at Daehan Dawon.