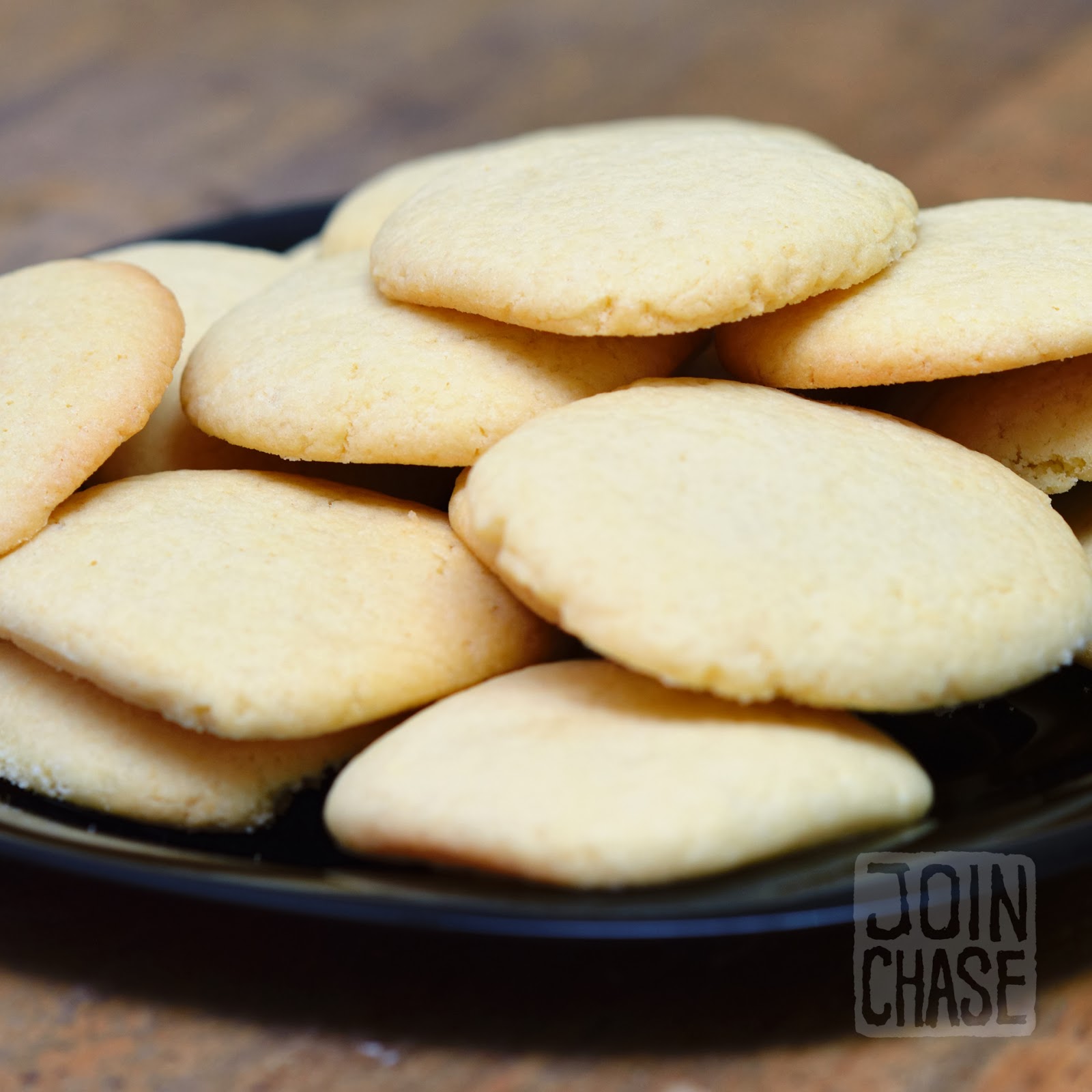 Sometimes you just want sugar. And what makes sugar even better? Butter. I’m no Paula Dean, but I do tend to bake like her when I want something to taste good, like I shouldn’t be eating it because I know it’s not good for me good.


This recipe has been modified from its original version to be even easier. I’ve made several types of sugar cookies, but this one is my favorite. And the more I cook and bake, the less I feel like following a recipe. The full recipe makes about two dozen, but I often cut it in half if I’m baking for myself and/or one other person.

Here’s what you’ll need to get your daily sugar intake in one cookie:

Here’s how I put it all together, but it doesn’t mean you have to:

I generally live in situations where I’m lacking basic cooking/baking utensils, as well as an oven. You do need a toaster oven, or a hot surface to bake these cookies at least.

Cream the sugar and butter together in a large bowl. Add the eggs and vanilla. No need to combine the dry ingredients in a separate bowl first. I only have one bowl, and it works just as well to throw the flour, salt, and baking powder in the same bowl. Stir it up until it becomes a large clump of dough. If it’s sticky, add some more flour until it’s firm.

This would also be a good time to have a flour fight if you’re baking with a friend.

I don’t have enough counter space to roll out the dough, nor do I have a rolling pin (fellow winos know a wine bottle works well too). So, I just roll the dough into small balls with my hands, and flatten them onto a little baking sheet that came with my tiny toaster oven. I don’t have cookie cutters either. But, if you do, and you have a large enough kitchen to spread out the dough, go wild with different shapes and sizes.

Now would be appropriate to start eating some of the dough if you aren’t afraid of getting Salmonella from raw eggs.

If you’re going to bake them on a hot surface, such as a hot plate or an electric stove stop, I’d suggest covering a pan with tinfoil first, and make sure to flip the cookies several times to avoid burning them. Be sure to grease whatever pan or baking sheet you use with a little butter or margarine first.

There really isn’t a timeframe for how long these take to bake. It just depends on what type of heat source you have. I generally bake them in a toaster oven at 175 degrees (Celsius) for about 20 minutes (or until the edges turn a golden-brown color).

Remove them from the oven or hot surface, and allow them to cool for about five minutes. Or, eat them immediately, as they’re steamy, soft and delicious. However, if you eat four at the same time, you’ll probably feel sick. Not that I would know or anything. I’m just assuming. Enjoy!