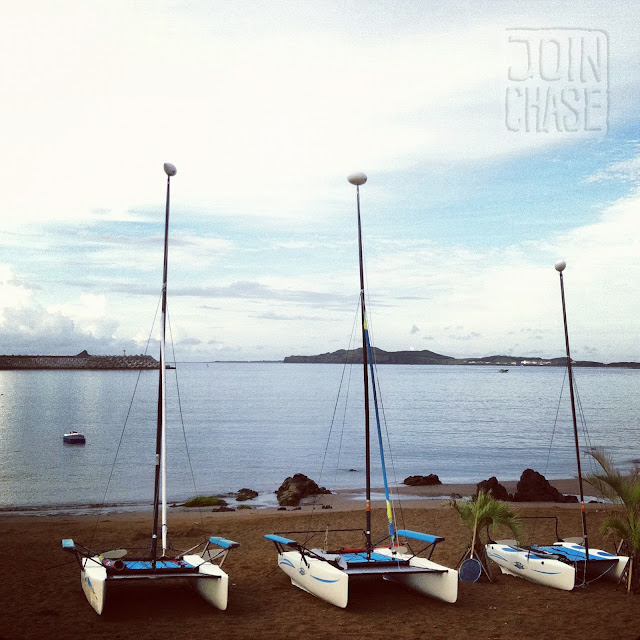 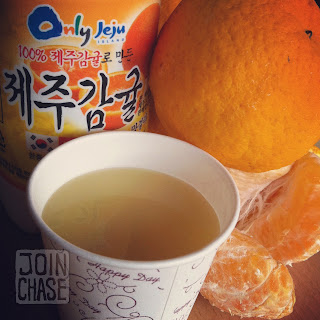 The next day we decided to take a bus back to Jeju City. We didn’t have time to make it around the entire island. And after the past two days, we weren’t thrilled about the idea of taking a shortcut through mountainous terrain.

We stayed dry on our way to the bus terminal by stopping to have hallabong (Jeju tangerines) and makgeolli in one of the many touristy shops along the road. But, just before we reached the station it poured. We got drenched.

What took us nearly three days to bike took the bus about an hour and a half to travel. When we arrived in Jeju City, we weren’t able to open the storage bin that held one of our bikes under the bus. The driver got really angry about this, and verbally assaulted Howl’s mother. Bless her heart.

By this time Howl had about enough, so I followed the bus to a parking garage. The driver was surprisingly nice to me, and spoke a lot of English. He wished me well, and even invited me to come back whenever I got the chance. Howl wasn’t pleased with my star treatment, but at least we got the bike back. It helps to be Caucasian man in Korea.

We spent about the last of our money on a cheap motel, but kept enough for dinner at the local 711. All I wanted was a cup of noodles, and some rice for our curry we boiled in the bathroom sink.

DAY 2: Camping by the ocean during monsoon season isn’t a good idea, unless you want to hold up the tent with your arms and legs to keep it from ripping apart...

DAY 4: That’s why sometimes in life you have to walk around 20 kilometers because you don’t have enough money to take the bus...