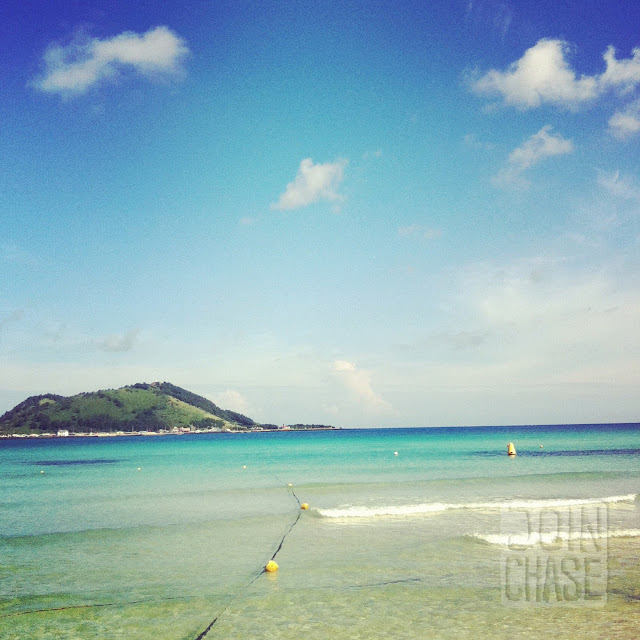 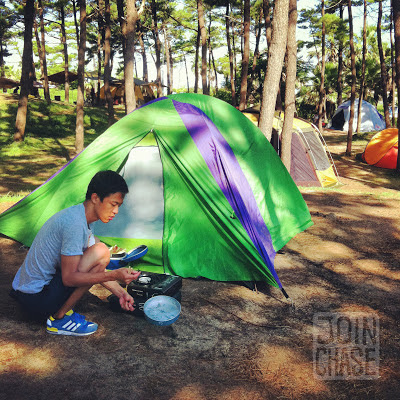 We took our time leaving the campsite, and ate an early lunch before hitting the road. I wanted to upload some photos, so Howl left a few minutes before me. Weather was nice. Not a cloud in the sky. Then things got stormy.

Howl’s phone wasn't working properly, so I didn’t think to call him. When I turned my phone on about 40 minutes later, I noticed several missed calls.

When we finally connected, I realized Howl stayed close to where we departed from, out of fear he'd get lost, even though there was only one way to go.

It took us awhile to get everything sorted out, and get back on track. I ended up biking about 12 kilometers ahead of Howl, so had to backtrack to get him. It would've been obvious to anyone observing from a distance that we were fighting, although I was trying to act like nothing was wrong.

Howl reminded me a journey isn’t about the destination. It’s about what you do, and whom you’re with along the way. I realized I was being selfish. And I think he realized how much I care for him after seeing the extra distance I’d gone for him.

We biked alongside each other the rest of afternoon, and made it to our next goal—a small town on the southwestern side of the island. Thanks to the help of a kind local, we located the tent area near a beach. Best part about this spot was getting to take a free shower.

During the afternoon we found out we had a little more money than thought, so decided to splurge on fried chicken and beer for dinner. But, soon after settling in for the night, it started to storm.

Storm is an understatement. It was more like a surprise typhoon.

Camping by the ocean during monsoon season isn’t a good idea, unless you want to hold up the tent with your arms and legs to keep it from ripping apart.

As the water gushed in we fought about what to do. Just when we about gave up, a man came to our rescue and invited us to stay at his nearby guesthouse. For free.

DAY 1: You know what they say, “When it rains it pours." So, get out your umbrellas for this one. August is monsoon season in Korea, and this adventure was definitely a downpour...