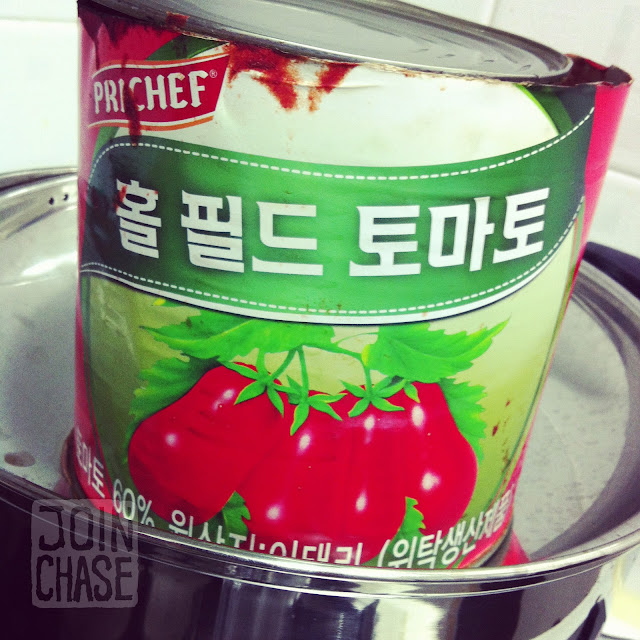 I felt like a failure for five minutes today. The results of a teaching contest I took part in came back, and I didn't make it to the next round. The truth is I was really hoping to be selected as one of ten finalists. In fact, I was pretty sure I would be. I take pride in my work, I work really hard, and I worked especially hard on preparing materials for this particular contest.


My co-teachers joked with me after finding out. They said sarcastic remarks, and wouldn't share snacks since I “was dropped” from the contest. It made me feel so much better. Humor has such of way of putting things into perspective, doesn’t it?

After lunch things got better. We were allowed to go home early for the first time ever, thanks to attending a field trip with about 40 students on Sunday.

When I got home I was suddenly able to read Korean on a can of tomatoes. Doesn’t seem like a big deal, but I was ecstatic! Nothing quite compares to that feeling when everything just clicks, especially when it comes to learning a new language.

The good thing about many words in Korean is they’re Konglish, meaning they’re words derived from English words in Korean context. This makes learning Korean easier. The can of tomatoes literally said Whole Peeled Tomatoes in Korean characters.

I'm not going to win the teaching contest. Big deal. It doesn't really matter. No one really cares. Overall, I learned a lot from participating. Failures fuel successes, even five-minute ones. I know I'm a good teacher, with plenty of room to improve. That's what matters. And at least I could read what was on a can of tomatoes, right? Winning!