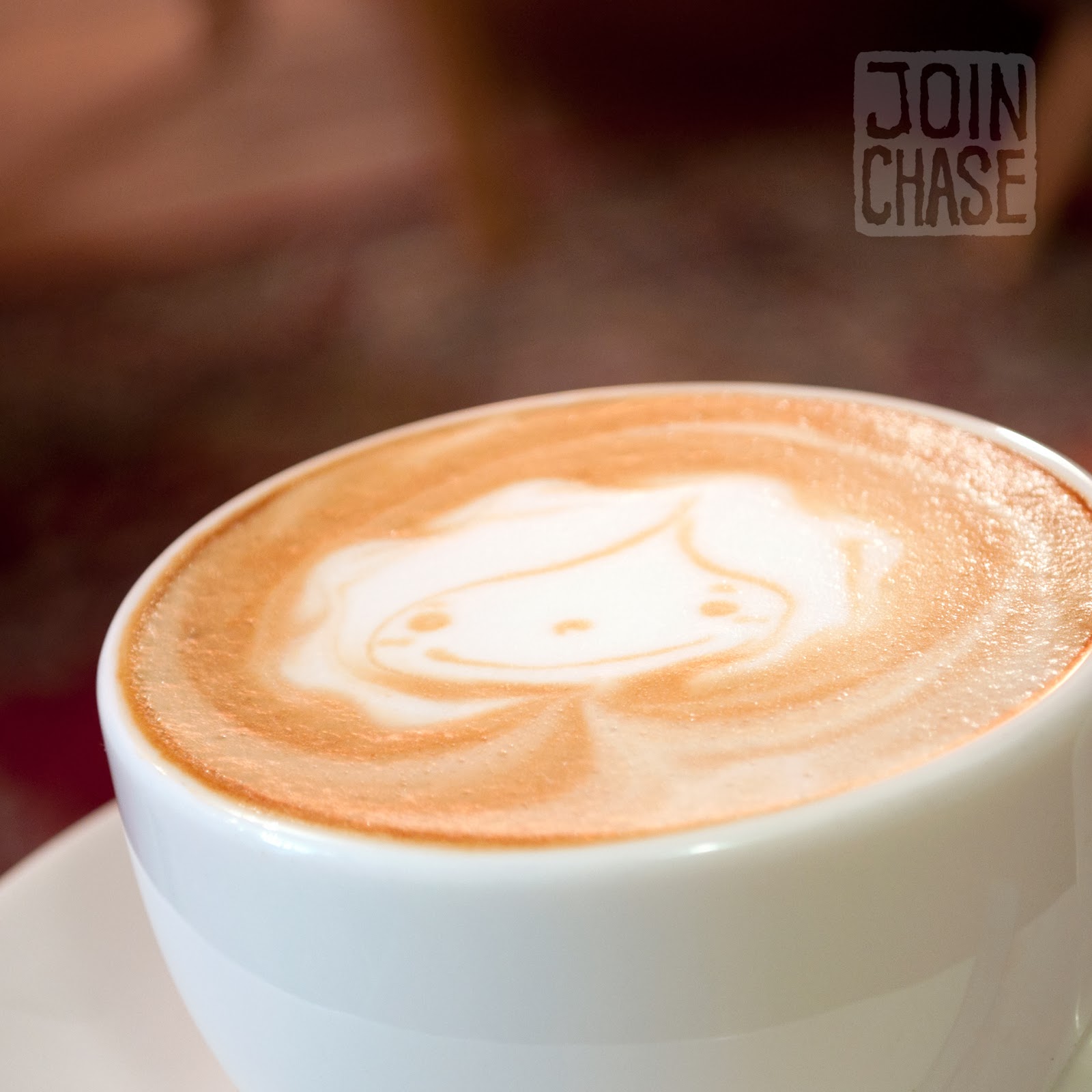 One of my favorite sips of Korean culture is the inundation of coffee shops. Even though I didn’t live in Seoul, my considered “rural” Korean town had several chain cafés, in addition to a few local shops.

The day “Coffee by Daniel” opened in Ochang; I had a new preferred hangout. Its interior is creative, quirky and vintage. The owner matches well.

A drop of Seoul, literally, is added to each of his foamy creations. Originally from Seoul, Kim Sang Yoon is a master of latte art. Each of his masterpieces is different. I think I looked more forward to what he’d design in my foam than I did the actual coffee. And that’s saying a lot. I’m a caffeine addict.

If this leaves you wondering about the quality of his coffee, don’t. It’s absolutely delicious. He roasts his own beans. I’ve had the pleasure of watching and smelling the process.

Over a period of several months, I got to know him, his wife, and their firstborn child. I learned he studied in Italy to be a barista. And now he’s living and working in a tiny Korean town.

If you’ve never been to Ochang in Chungcheongbuk-do, you should definitely go. Buses run regularly from Nambu Bus Terminal, as well as Dong Seoul and the Express Terminal. Cheongju is the closest, largest city. And Daejeon isn’t too far away. Ask for 오창 과학단지.

Besides enjoying some of the best latte art I’ve seen, you can hike, relax in the city’s fountain park, rent a bike to ride on the nearby river trail, and enjoy plenty of Korean food in local, well-known establishments.

“Coffee by Daniel” is located in Ochang Plaza, the building you’ll disembark in front of, as well as where you’ll purchase your return tickets to Seoul. Plenty of motels are also in the area if you feel like hanging around longer than a day. A traditional makgeolli house is only a few blocks away the café.

To find the makgeolli bar, go to Homeplus and locate the smaller, North entrance. Walk across the main road, and continue going straight on the smaller road it faces (next to the corner bookstore) for about five minutes. You can’t miss the kettles and inflatable sign.

Ochang reminds me of suburban America. It’s much quieter than Seoul, but not too far away from all the action.

Where do you like to go for the best latte art in South Korea? I know there are many places throughout Seoul known for adding art to every cup. I’d love some suggestions! If you haven’t experienced this part of Korean culture yet, start lapping it up.

Want more swigs of Korean culture? Check out my "Cup of Korea" series for AngloINFO Seoul.