FORCED TO PLAY IN YANGON 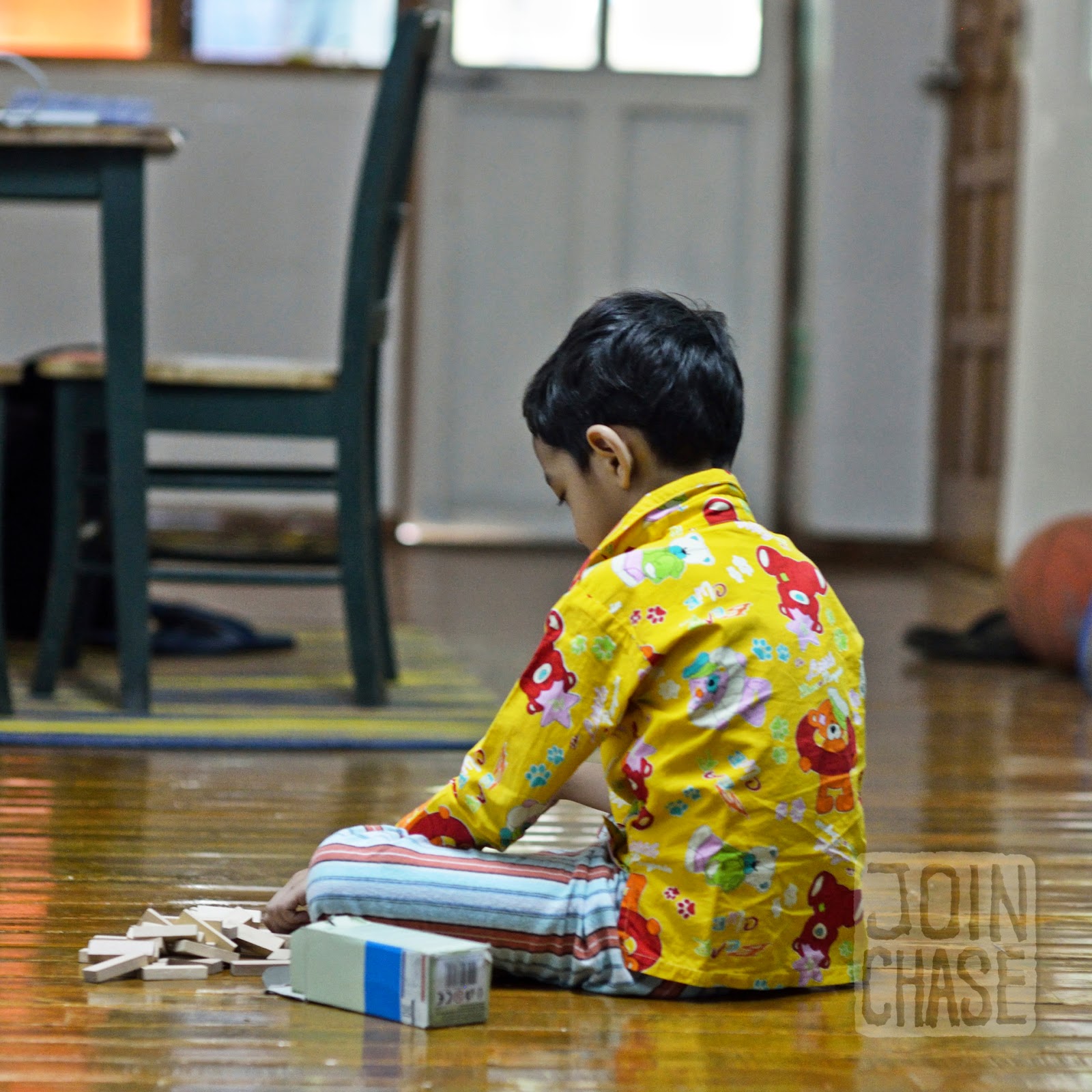 We dodge taxis, trishaws, bikes, all beeping and honking. We weave around people walking. Power lines get in the way of our games. Parked cars do too. One time a child even got run over by a bike. I watched the scene unfold.

At least I helped him up.

But, as rainy season approaches, and now that we’ve gotten to know our neighborhood better, kids feel much more comfortable coming to our apartment. In fact, they often barge right in to hang out. Personal space or “alone time” don't seem to be an option anymore.

I’ve had to start restricting them with an arm in the doorway, or I’ll keep the security bars closed when they come. Otherwise, they’ll pile inside with their dirty little feet. Jumping around. Throwing things. Breaking vases. Being kids.

I’ve come to realize these kids don’t just want to play. They want attention. They seek love from an adult. They’ll come over just to ask for a ball, even when they know I can’t play. The interaction is what they crave; they bring the ball back moments after asking for it.

Many of them don’t have a traditional family structure. Some don’t seem to have a father figure either. Those that do might only get to see their fathers for a few months out of the year. Several fathers I’ve met on our street are sailors. They travel around the world for nine months at a time.

The little boy next door has started coming over as well. The moment I open the door to his ceaseless knocking he says, “I want to play,” as he’s already walking past me to get inside. He leaves me with little choice, so I have to play. I’m forced to play.

I struggle with that sometimes. Most times, actually. I swear whenever I sit down to do any sort of work someone knocks at the door to play. It takes me awhile to snap out of it, to remember I’m actually here for this reason. I’m here to live in a community, to play with my neighbors. Not type up a blog, edit photos, shoot video footage, and/or respond to messages every free moment I have.

The last time “DJ”, the boy next door, came over, we played with blocks, and practiced spelling English words. He’s doing so well with his English (no thanks to me). When the power went out, as it often does, he drew a picture for me by flashlight. He sketched items he saw around my table. He illustrated what he’s seen me doing. It made me think.

Children have a way of revealing truths we often overlook. What this child drew was an accurate depiction of my life. He included my computer and external hard drive. He added an image of me taking pictures with my camera. He even penciled a coffee mug. Three times. What’s he trying to say? I work too much, play too little, and drink too much coffee, apparently.

Perhaps my favorite aspect of Myanmar’s culture is how much people like to play. Adults play as well. It’s refreshing. I’m glad children in my neighborhood literally force me to play sometimes. Otherwise, I’d miss out on the truly unique experience of living in Yangon, Myanmar, during a period extreme transition. I’d miss out on the opportunity to be a positive, male role model in the lives of kids.

I’m learning what it takes to be a father. I’m seeing the result of what happens when parents don’t seem to get it. Spending time with kids, playing with kids, is probably the most important part of parenthood.

If you’re a parent reading this blog post, thank you, but please turn off your computer and play with your child (or children) right now. Heck, why not just play in the middle of the street together?

JOIN CHASE: Becoming Part of the Family in Yangon, Myanmar
JOIN CHASE: How a Boy with a Half-eaten Biscuit Changed Everything
JOIN CHASE: Myanmar's Water Festival is a Wet, Wild, and Wonderful Time