FROM YANGON TO BAGAN AND BACK ON A BUDGET 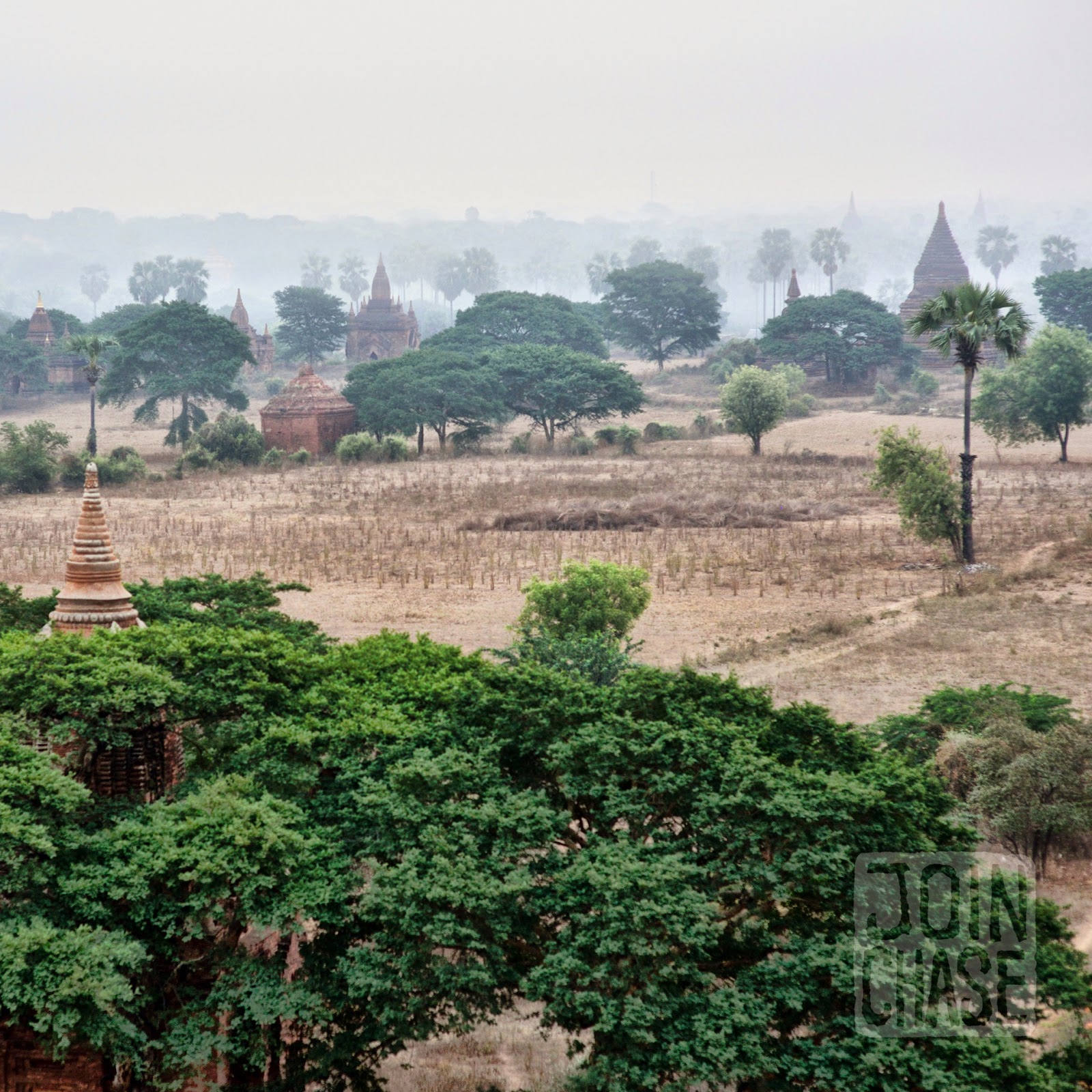 Although I’m an expat currently living and teaching in Yangon, Myanmar, I have very little time and money to actually see and experience the country. And what I mean by very little money is, like, no money. I have no extra moola. None. But, that doesn’t stop me from finding ways to travel around Myanmar on a very tight budget. Borrowing from friends always helps, too.

Bagan is one of the most popular tourist sites in Myanmar, which means it’s also one of the most expensive destinations. Several overpriced hotels and resorts dot the area known to have over 2,000 ancient temples and pagodas. Rooms at primitive guesthouses are quite high as well. Across the country, prices have skyrocketed for accommodation because there aren’t enough options for lodging.

If you’re like me, traveling by a shoestring, don’t be discouraged. One way to significantly cut back on the cost of a trip to Bagan is by taking the train from Yangon. One of my goals was to take the train in Myanmar, and I’m so glad I was able to tick this item off my bucket list after a 20-hour ride. That’s right. It took 20 hours to get from Yangon to Bagan. I don’t think it’s supposed to take that long, but the experience was definitely worth a sleepless night.

If you want to get train tickets in advance, you can go to a place across from Sakura Tower, diagonal to Sule Shangri-La (formerly Traders Hotel). If it doesn’t seem like you’re going to the right place, you’ve found it. The area to purchase tickets in advance is a random pile of decrepit buildings somewhat hidden from view.

Someone will likely direct you to which line you should to be in. But, be careful. You might step on a dead rat if you aren’t watching where you’re walking.

If you’re a foreigner, you must have your passport to get a train ticket. You can buy upper class, first class, or ordinary class tickets, as well as an upper-class sleeper cabin, one to three days in advance (depending on type).

My friends and I opted to take ordinary class. For a train ride from Yangon to Bagan, it only costs 4,500 kyats (approximately $4.50) a ticket. Upper class seats used to be about $40. But, according to A Beginner's Guide to Train Travel in Myanmar, prices of all seats have been significantly reduced as of April 2014. Regardless, I’d rather save some money and live a little bit, even though upper or first class seats are probably much more comfortable.

If you don’t buy upper class, first class, and/or sleeper cabins in advance, chances are you’ll have to ride ordinary class. You can also get ordinary class tickets the day of departure at Yangon’s central train station. Workers are very helpful, just be patient with how long you may be waiting for your handwritten ticket to be issued.

You pay for a numbered spot on a wooden bench. Benches are big enough to fit two people, and they’re arranged in groups of two facing each other. This means you’ll be staring at someone sitting across from you for the duration of the trip. Sleeping on these wooden benches is nearly impossible; however, if you’re lucky enough to be seated alone, you can somewhat curl up to get a moment of rest.

It was extremely difficult to walk as the train swayed and bounced along. If you can make it to the restroom, you’ll basically find a hole in the floor that leads directly to the tracks below. Hold on!

The train does have a dining car, as well as snacks and beverages for sale. Sit or stand in the open doorway, watch the countryside go by while sipping a Myanmar beer, and appreciate the starry sky while puffing on a cheroot to pass the time.


We met many children who were just as curious about us, as we were about them. We took many photos together, played a few games, but mostly just traded giggles and snacks. It was hard to say goodbye, as we’ll likely never see them again. Spending 20 hours on a train together is long enough to create a bond.

Once you reach Bagan, taxi drivers will probably target you the moment you step off the train. The station is about 10 miles outside of New Bagan. You’ll either need to take a taxi, or hop in the back of a truck with a bunch of other people to go anywhere.

Taxi drivers may charge per person, as opposed to per stop, and it may end up costing you as much as 3,000 kyats (each). You’ll also need to pay a $15 fee (as a foreigner) for a pass to enter historical sites around Bagan. Although you rarely, if ever, need to show this proof of purchase, helping the area develop by pitching in 15 bucks isn’t so bad.

In addition to having hardly any money, my friends and I had no plans for the two days and two nights we were going to stay. Websites, travel books, other tourists, and even the locals will warn you it’s not a good idea to go to Bagan without booking a place to stay beforehand.

Everything worked out for us. And it’ll work out for you as well. Have no fear. If you don’t have housing lined up, there will still be affordable options. You might just need to dig, or walk to find them.

We had the taxi driver drop us off at the bus station in New Bagan. There’s a huge, new bus station being built next to the train depot. However, the current bus “station” is kind of connected to a market area, and people just sell tickets outside, under banners advertising their private bus company.

We were lucky to get tickets to Yangon on such short notice. For the last four tickets on a comfortable, air-conditioned bus, we paid $15 each. But, splurging for an eleven-hour bus ride after traveling ordinary class on the train for so long didn’t bother us. I’d highly recommend getting return tickets, for whatever mode of transportation you’ll be taking back to Yangon, the moment you arrive in Bagan. The moment.

How did we find an affordable place to stay? After walking around in the heat and dust of the dry season, we stumbled upon Green, Green and Green Travels and Tours in a small, random building. A woman named Cho Cho was very helpful in securing a decent place for us to stay right away.

Pyinsa Rupa Guest House charges around $25 for a room. Our rooms were fully furnished, had air conditioning, and private bathrooms with warm showers. Breakfast was also included, served in what appeared to be someone’s house behind the hotel. Fried rice or an omelet is your choice alongside toast, fresh fruit, coffee and/or tea. The guesthouse advertised Wi-Fi access, but just kidding. It never really worked.


I’m sure you’ll fall in love with Bagan. It’s one of my favorite places in Myanmar. Even though you’ll see countless tourists zipping around on electric bikes, the area isn’t overly saturated by tourism, yet.

The best way to get around quickly, and relatively cheaply, is to become one of those tourists zipping wildly about. Through Green, Green and Green Travels and Tours, we rented electric bikes for an entire day, and it only cost around $10 per bike. There are many places to rent electric scooters and bicycles. You can also hire a horse and cart, but one round-trip ride to a temple and back costs as much as renting a bike for day.

Foreigners aren’t allowed to drive motorbikes in Bagan at this time. You don’t need a driver’s license to operate electric bikes. If you’re big on safety, please note you probably won’t have the option to wear a helmet (unless you bring your own). Oh, and make sure your battery is fully charged before venturing far distances. Whoops.

There’s so much to see and do in Bagan, from sunrise to sunset. However, after a day or two of visiting temples, you’ll probably start to feel like you’ve seen them all. What I find most attractive about exploring the ancient structures of Old Bagan is you actually get to touch them. Climb on some of them. See them in various state of ruin. And oftentimes experience one, intimately, without anyone else around (save for someone trying to sell you a postcard or sand painting).

Bagan is also famous for lacquerware. Definitely visit a lacquerware workshop to see how it’s traditionally made in Myanmar. Lacquerware is really expensive, completely out of my budget. But, visiting a workshop is free and highly educational. New Bagan has several other options for shopping. Many trendy boutiques have opened, and souvenir shops can be found.

After sightseeing during the day, and watching the sunset from the top of a pagoda, spend your evenings at one of New Bagan’s many eclectic bars and cafes, as well as restaurants serving all types of food and drinks. If you’re not sticking to too tight of a budget, treat yourself to a traditional puppet show and Myanmar cuisine at Nanda. The atmosphere is wonderful, with colorful lanterns lighting the way to a memorable night of dining.

Traveling from Yangon to Bagan and back for three nights and four days for less than $150 (everything included) is possible and enjoyable. The ideas I’ve compiled in this post worked well for the small group I was traveling with. Make it your own budget adventure, and let me know how it goes! Even if you don’t need to travel cheaply, I still suggest taking ordinary class on the train for an unforgettable experience.

JOIN CHASE: Myanmar Slapped Me With Perspective, Again
JOIN CHASE: What a Child in Bagan Taught Me About Beggars