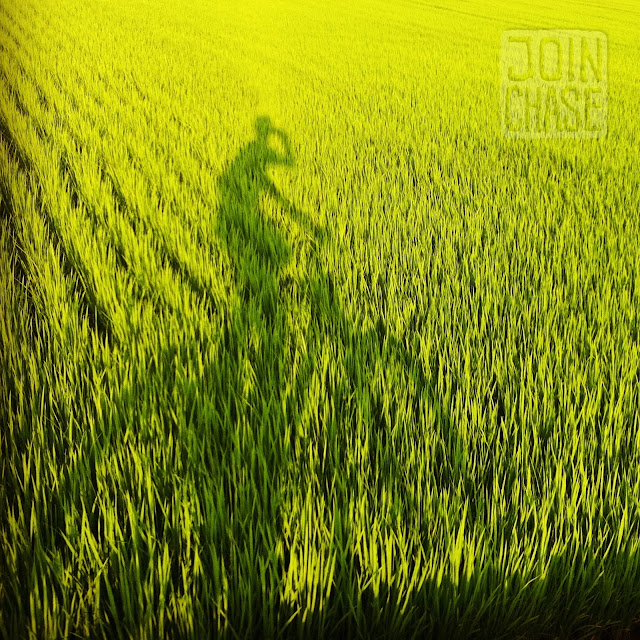 Ten meant to be somewhat sarcastic, but for real reasons why you should get up at the butt crack of dawn to ride your bike in South Korea.


1. South Korea is known as The Land of the Morning Calm for a reason. Early mornings on the bike trail have been some of the only moments I’ve had to myself. Plus, starting the day with a ride gives me a chance to meditate about what’s ahead.

2. Fellow snoozers would agree getting up early is no small feat. However, even more difficult is winning the mental debate after work when you’re exhausted, and the last thing you want to do is exercise. Working out in the morning is undeniably healthy, and the best part is you’re done with your workout before work even starts.

3. You get to see Korea waking up, or going to sleep as the case may be. Chances are you’ll pass a group of Korean men still outside of a convenience store drinking alcohol. Perhaps the thought of how hungover they’re going to be will help you feel better about pulling yourself out of bed. That's if you’re still feeling a bit haggard yourself, and aren’t fully convinced it was a good idea at this point.

4. You won’t have to share the path with numerous people seemingly unaware of trail etiquette. Even though arrows pointing in the direction traffic should be going are clearly marked, many individuals don’t seem to care and just bike, walk, or rollerblade wherever they want. My evening bike rides are more like a hectic game of Frogger. Having a bike bell is an absolute necessity if I don’t cycle in the morning.

5. Having the trail more to yourself means there’s less of a chance to suddenly end up in a cutthroat biking battle with a middle-aged Korean man. One that will ultimately end in you falling off your bike and landing in a puddle of mud. True story.

6. You can unabashedly belt show tunes or your favorite Disney classics while biking because no one else will be around to hear you. Or, is it just me that does this?

7. Korea is buggier at night. The risk of inhaling a giant insect while practicing for noraebang isn’t as high in the morning. I’ve literally swallowed swarms of gnats, and have even breathed in a relatively large bug while performing Adele on an evening ride. Pretty sure it’s still stuck in my lung somewhere. I don't do bike face masks, but maybe I should.

8. During the summer months in South Korea, it’s too hot to even think about leaving the air-conditioning of your apartment after spending most of the day without AC due to Korea’s energy conservation efforts. Mornings are cool. Much, much cooler.

9. Why not take your coffee to go, and have a breakfast picnic? The best part of waking up is Folgers in your cup a bike ride with your cup (of coffee)!

But, hey, if you'd rather just snooze or sleep for a few more hours, that sounds good to me too. It's what I do every other day I'm not writing a blog about why you should get your butt out of bed to (maybe) watch the sunrise on your bike in Korea.