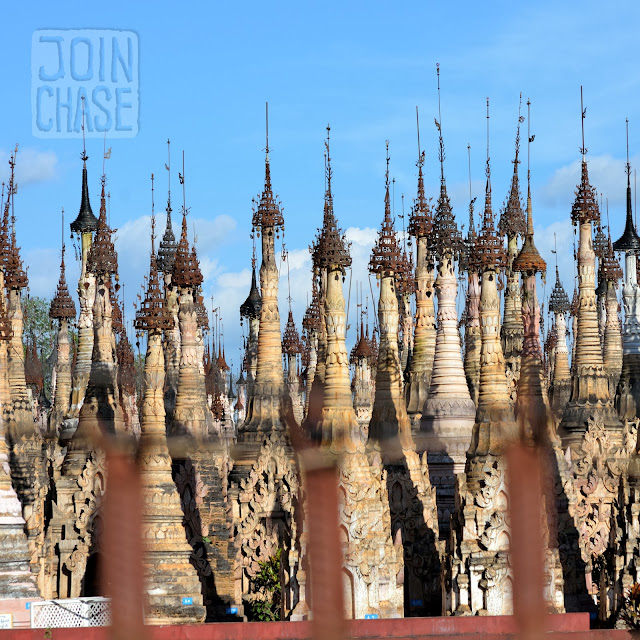 The stillness of it all had weight to it. There were no sounds from the outside world, only the chime or two of a bell in between deep, heavy silence.


I felt alone. Encircled by hundreds of pagodas. I felt lost. Every way looked the same. It was the feeling of being lost, but not lost, of going every direction, but staying in one place.

I felt at peace.

My mind was rushing, as usual. But, for a moment, between taking photos and worrying about keeping the group I was with waiting, I experienced something I’ll never forget. An experience I’ve never had before.

Call it spiritual or serendipity. It was powerful. How I ended up at such a place is beyond me. How I found myself at the end of a long, bumpy dirt road in rural Myanmar, surrounded by a thousand pagodas was meant to be.

UPDATE [December 30, 2013]: Since writing this post, I found more information about these pagodas. They're called the Kakku Stupas, and the actual number of stupas is closer to 2,000.