WHAT YOU’LL SEE FROM YANGON TO TUANGGYI, MYANMAR 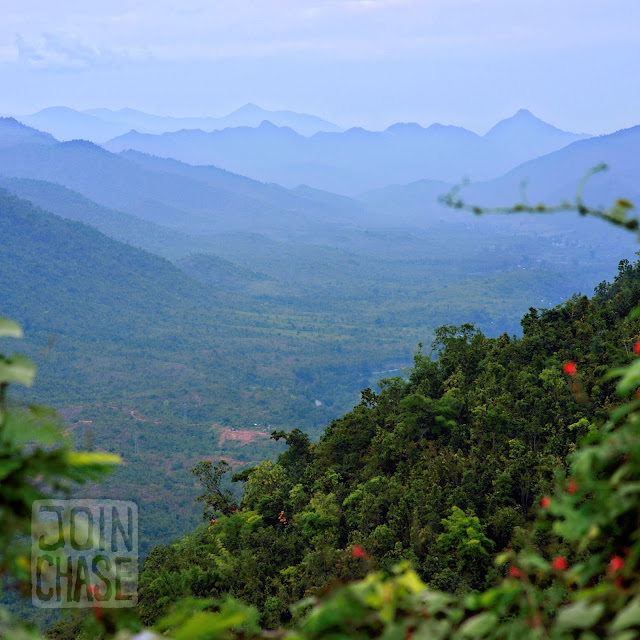 Now is the time to visit Myanmar. Do so before everything’s influenced by the outside world, before another culture sells itself to tourism. What you’ll experience is a country stuck between what was, and what is, a nation in transition from decades of oppression driven by a taste of freedom.


I was recently invited to go on a marketing trip with my school. We went from Yangon to Taunggyi, and from Taunggyi to Mandalay and back.

Taunggyi is the capital city of Shan State, located about 4,700 feet above sea level in the southern portion of the region. It takes about 12 hours to drive there from Yangon. Give or take traffic jams and/or getting stuck behind a herd of cattle.

Outside of Yangon is different, a good different. What you’ll see is unbelievable.

You’ll see hay, heaps of hay. Hay in the middle of fields stacked like huts. Hay piled high on the backs of wagons being pulled by cows with fatty tufts. And on top of these mounds of hay might be a man smoking a cigarette with one hand, and holding the reigns in the other.

There are many thatched homes from Yangon to Taunggyi, nestled within the safety of palm clusters. Some thatched houses have beautiful zigzag patterns. Others are plain. Some are large, some are small, and some even have a wraparound deck.

You’ll see farmers using techniques and equipment long outdated in Iowa, where I’m from in the United States, where commercial farming with massive agricultural equipment has taken over. People still work the land by hand in Myanmar, with animals, with tools you’d possibly see in a museum.

Pagodas litter the jungle skyline. Rice paddies, terraced gardens, and communities clinging to the sides of mountains will pass by. Rivers are hot spots for locals to fetch water, bathe in, and/or wash clothes.

Trails of monks walk alongside the road. You’ll see most, if not all, are barefooted. Robed novices run to catch up. Others dance a bit; twirling whatever it is they have in their hands. People stand outside monasteries, temples, and other holy places, shaking silver buckets of what sounds like coins for donations.

The way to Taunggyi from Yangon cuts through several towns with numerous teashops. If you hop off at one, expect to be entertained. A little boy kept us amused as we sipped instant, sugary coffee.

He’d look to make sure we were watching before spinning his toy top. I’ve never seen a top spun in such a way. He used a string to wind it up and let it go, and then somehow picked it off the floor using only the string.

He had bark paste on his face. You’ll see this often. Thanaka is a common cosmetic cream worn by women and children all over Myanmar. As we were leaving, he swapped his top for a toy gun, and showed us his shooting skills.

You’ll see buses broken down on the way up and down mountains. Remnants of wooden carriages left abandoned. Workers make tar in old metal barrels to use for road construction. Layers upon layers of rural life are on every side of the road, in every direction you’ll look.

You’ll travel through lots of little villages as you make your way around the mountains. Spectacular, scenic views can be seen. The road from above looks like a winding river with its switchbacks reflecting the bright sun. Mountains in the distance peek through haze in jagged outlines.

You’ll also get to see inside homes, to catch a glimpse of peoples’ lives. It’ll feel like you’re watching a movie as each scene unfolds. Families will cradle by fires for dinner. Men will nap. Children will toss puppies. Little boys will pee in trenches. Babies will cling to their mothers. Everyone and everything will appear to be perfectly posed. Observing you go by, just as you’re observing them.

Truck beds overflowing with people on top of baskets full of cabbage, on top of watermelons on top of bags of onions and garlic, on top of long pieces of bamboo on top of handmade bricks will come barreling down the mountainside. You might even see cows in the back of a trailer going up, as well as an elephant chained to the back going down.

Don’t be surprised if you see a man and four children riding on the same motorbike. They’ll pass you on their way home from school. The child falling off the back will know how to grip the shoulder of the kid in front of them, while holding onto a metal lunch container at the same time. Don’t worry.

If you’re planning to do the trip in a day, it’ll probably be dark by the time you reach Taunggyi. Look up and you’ll see stars fill the sky. Look down and you’ll see city lights covering massive, black mounds of earth. The stars and the lights will blend together, making it seem as though you’re driving through the Milky Way, with a red sliver-of-a-moon by your side.

Myanmar is one of the most unknown, undocumented, and unexplored places in the world. But, that’s all going to change very soon. Now is the time to visit. And when you come, get out of Yangon as soon as possible to experience a place you’ll never forget. What I saw from Yangon to Taunggyi will stay with me forever.