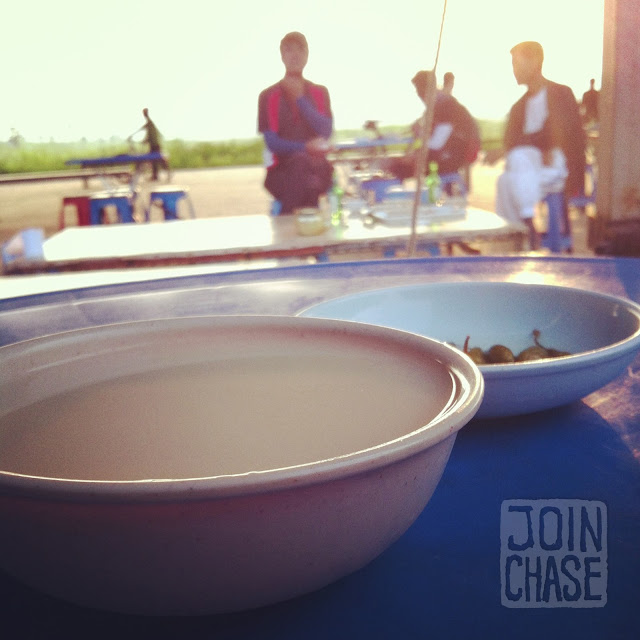 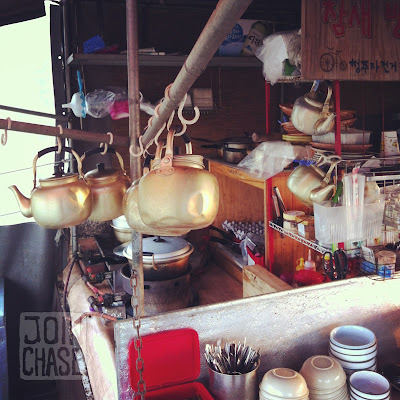 It was an unusual sight, which is why I stopped. Not unusual was the group of mostly older Korean men gathered under a bridge along the bike path between Ochang and Cheongju in Chungcheongbuk-do, South Korea. It’s a hot spot to cool off and take a break from riding or running. I’ve stopped before, but usually I’m in too big of a hurry.

A man has made a business out of selling makgeolli (rice wine) from his truck under the bridge. I’ve been biking in this area long enough to have witnessed his endeavor become successful. What started as just a truck now spills out to create somewhat of an outdoor dining room. Plastic tables and chairs add to the already placed benches for patrons to sit, have a drink, and gaff while wiping the sweat from their brow.

So much has changed since the last time I visited over a year ago. He’s even attached a large tarp-like tent to the truck in case of rain, and he’s added various Korean dishes to the limited menu options. I think his wife even showed up. I found some woman cooking inside the makeshift kitchen.

What drew me in wasn’t any of this, however. READ MORE of the first article on my Biking Ventures series with Kimchibytes.