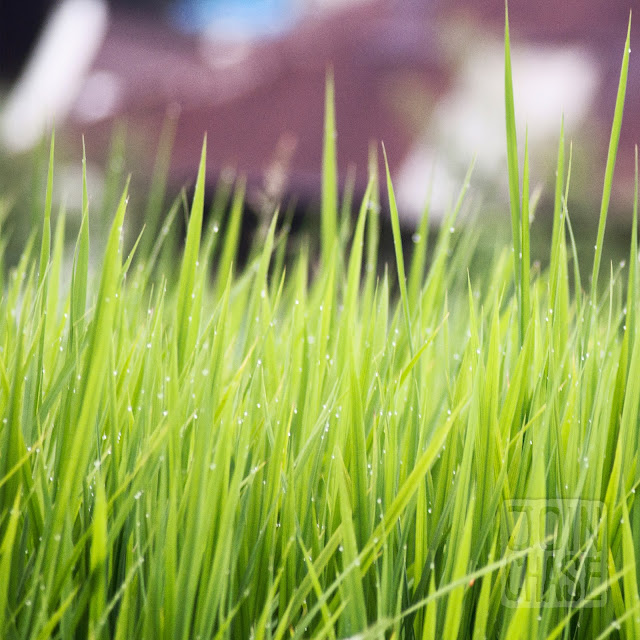 How can you fully know the history of a place, the character of its people, if you don’t dig for its roots? Biking through rural communities opens up an entirely different view of Korea – one you can’t get in Seoul. Exploring small-town Korea has given me more of a complete perspective on what life in Korea is like – now – and what it may have been like way back when.

The following post was written for my "Biking Ventures" series on Kimchibytes. Check out the article on Kimchibytes for many more photos of rural South Korea, or visit my Facebook photo album.

SOUTH KOREA DOES NOT EQUAL SEOUL: What the world could learn from biking through Small-Town Korea

Urban exploration seems to be a trend these days. I’m constantly bombarded by images of spectacular skylines, artsy alleyways, or graphic graffiti. Seoul, South Korea, is a paradise for city explorers. I enjoy learning about Korea’s capital through the eyes of friends and fellow bloggers based there.

Seoul is alive and well, beating to the tune of modernity and flirtatious trends. With a population of over ten million, you not only feel its pulse – you see it too. I’m absolutely enthralled.

My infatuation with the megacity is tangled up in cute cafés and hillside restaurants, twisted around colorful markets and backpacker districts, tunneled through pristine metro systems and shabby side streets. Seoul's details are seductive.

But, when you don’t live in a large city like Seoul, it’s not as easy to find the hidden treasures so many seek by scouring urban areas. Countryside folk are forced to look for gems in sparser settings. And although they may be fewer and farther between, good finds in small towns are also worth being sought.

It appears as though the populations of Korea’s farming communities are dwindling, much like small-town America, or small towns in most “developed countries”. It’s appealing to live in a bigger city with seemingly more opportunities and excitement. I agree. Perhaps it’s because of my own rural upbringing that I find this inevitable migration a bit sad.

If you’ve been through a tiny Korean village you’ll understand what I mean. It’s as if nothing has changed from decades ago. Buildings are much smaller, more rustic, and very traditional looking. Gardens and farms cover every piece of extra land, sometimes crawling up walls and rooftops. Rice grows right out the front door, and everything just seems to move at a much slower pace. If you stay long enough, you might even see an elderly man riding in a wagon being pulled by a cow.

South Korea has become a haven for bikers. With thousands of kilometers of biking paths to ride, it’s probably possible to find a way to get to about every city across the nation by bike. That’s amazing! However, sometimes in life it’s more fun to get off the beaten path.

Official bike trails in Korea often use existing farm roads to connect. Instead of continuing to follow the signs and arrows pointing you in the right direction, I encourage you to purposefully steer off course for a while. More chances to stumble upon small-town Korea abound when you make a wrong turn, or if you’re forced to find your own way.

My most recent biking adventure took me off trail a bit, allowing some random country roads to lead me through a hillside village, and then into the old, but up-and-coming city of Jeungpyeong in Chungcheongbuk-do. Jeungpyeong promotes itself as “bike town”. Many bike trails go through the city, and more appear to be under construction. Jeungpyeong is also known for ginseng. You can see a statue of ginseng riding a bike if you look close enough.

Even in small-town Korea it’s hard to get away from an urban feel. And the result of cultural clashing creates places like Café Coco Lolani. The owner of this newer coffee shop in Jeungpyeong lived in Hawaii for eight years. Not only does he offer locals a variety of authentic, Western café treats, he also makes his own beauty products to sell. I had the Kahlúa Coffee and waffle. Both were delicious, and provided the right amount of sustenance I needed to beat the storm home. 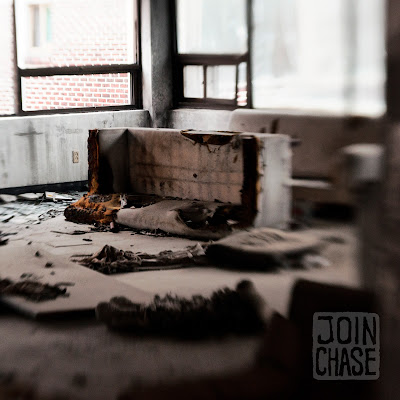 There are very few times I don’t think it’s a good idea to ride a bike. When it’s lightening is one of them. At the same time, there’s nothing quite as thrilling as being chased by a lightening storm while biking in the middle-of-nowhere, South Korea, at night.

The highlight of my time in Jeungpyeong was crawling around an abandoned apartment complex with a friend, as well as discovering a vacant office building. Both places felt so eerie. A calendar from 2005 still hung on the back of a door inside one of the top-floor apartments. Toothpaste and a toothbrush were left inside a desk drawer in the office building. So many items were strewn about, suggesting occupants had to leave in a hurry.

If you’re not in a hurry, another place to stop by is Juseong Dak Galbi. Just a short walk from the bus terminal, and you’ll be sinking your teeth into what's apparently the best dak galbi in Jeungpyeong.

My infatuation with small-town Korea is tangled up in cute cafés and hillside villages, twisted around colorful markets and rice paddies, bridged by pristine bike trails and shabby country roads. Rural Korea’s details are seductive, just like the details of Seoul.

If you live in Korea, you’re not very far from the wonders of a countrified life. It takes just a few hours to bike from the heart of Seoul to beautiful Korean countryside along the Han River. And if you happen to live near the cities of Chungju, Cheongju, or Daejeon, Chungcheongbuk-do offers some of most gorgeous rural settings I’ve seen.

Join me for upcoming bike trips, and read about biking adventures I’ve already experienced by following the links below. Remember, any of the Four Rivers Bike Paths will get you up close and personal with the Land of the Morning Calm. You can also bike around Jeju Island.

What are you waiting for? Get out there and explore small-town Korea by bike!