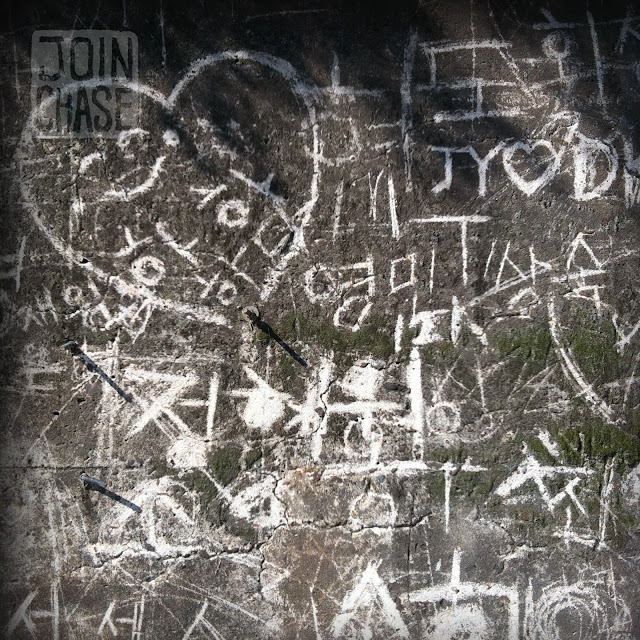 I slept about one hour. Snoozed another two. Packed at the last minute. Got a giant paper cut in the process. And successfully shoved my bike under a bus from Ochang to Nambu Bus Terminal in Seoul. I'd say it was a great start to our trip.

We crossed Banpo Bridge in Seoul just after 10AM. Our goal for today was to go around 75 kilometers, or about half of the way to Chungju Dam—the official end of the Han River Trail.

The trail supposedly starts near Paldang Station, the last stop on the Jungang line of Seoul Metro. It took us awhile to get to that point. Once we did a whole new side of Korea opened up. The countryside.

Until you bike through the countryside of Korea, you don’t know its true beauty. Rural South Korea is Korea at its best. But, we had to get out of Seoul before we could fully understand this.

Picture women sitting together at quiet stops along the way, chatting as if there’s nothing else to do.

Makgeolli (rice wine) stands dot the trail, enticing bikers to stop for a drink or two. There’s nothing wrong with riding a little tipsy as long as you’re wearing a helmet, right?

Random Koreans shouting, “Fighting!” as you pass. Like you’re racing in The Olympics or something.

Today was all about getting acquainted with the trail, our bikes, baggage, and each other. We made rough plans for our trip, set some flexible goals, figured out a strategy so we could both go our own pace, and created a loose budget.

My plan is to survive on samgak (triangle) kimbap—a popular, inexpensive snack made out of rice and some sort of flavorful filling, wrapped in salted seaweed and formed into a triangle.

At our last stop I decided to stock up on kimbap in case I got hungry later. We needed to find a place to pitch our tent as soon as possible; it was beginning to get dark.

Soon after we got back on the trail, I realized a triangle kimbap had fallen out of my bag. I hesitated to go back for it, but decided I should. When I bent down to pick it up, other items spilled out of my backpack—my digital SLR and a pair of underwear. Of course several people observed the scene.

Thankfully my camera wasn’t damaged, but the lens was. It’s no longer able to focus. What cost less than a dollar will now cost me over 300 bucks. If only I hadn't gone back for that stupid triangle kimbap. At least it tasted good.

We found the perfect area to camp for the night—a small rest stop just off the trail complete with an observation deck to enjoy the morning view. Another man already set up his tent here, so we felt safe to do so as well. There aren’t many places to camp in Korea, so you just have to kind of find a spot.

We have to bike nearly 100 kilometers to make it to Chungju Dam tomorrow. And after biking almost 80 today, with only one hour of sleep, it's time to call it a night.