BIKING AROUND KOREA DAY 5: GET LOST 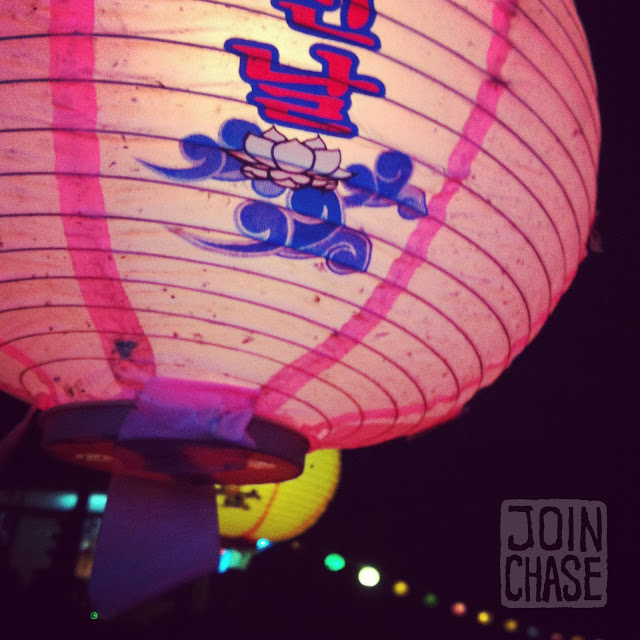 I sit on top of Hapcheon Changnyeongbo in the darkness. It’s a hydraulic dam located on the Nakdong River in Gyeongsangnam-do, South Korea. I write by headlight from my bike. My travel partner, Khoi, is on his way in a taxi. One of his bicycle tires popped on the highway. We got separated. He got lost. I’m just thankful we’re both alive.

I ended up on a mountain, in what seemed to be the middle of nowhere, just as it began to get dark. Out of food and low on water. Physically drained from biking all day.

The trail appeared to dead-end at a Buddhist temple. At first I panicked. How did I get so lost? I followed the signs. What was I going to do?

A man named Ha welcomed me with cold water and bananas. It was as if he expected my arrival. We chatted for a bit in gesture and simple English. He works for a power company in Seoul, and just happened to be spending his last month of a twelve-week sabbatical at the temple.

Just as I was about to leave, two Korean university students I had passed earlier stopped by. Ha greeted them too, and pointed us in the right direction to go. We walked our bikes up the mountain together. Even though it was extremely dark I felt safe, back on track, and more grateful than I've probably ever felt before.

I had a very deep, spiritual sort of enlightenment at the temple. A renewed sense of what it means to be alive. The lanterns. The candles. The Buddhist chants. Meeting Ha. All of it was perfect. The moment was meant to be.

It's when we feel lost, or in desperate need of something, that we truly gain an understanding of how everything is connected. How everything happens for a reason. How we have to rely on others to help direct our course in life.

We don’t always know where the path leads, but people along the way will help. Ha simply showed me where to go. Turns out I was going the right way all along. I just didn’t realize the path went around the temple. I was too distracted by what seemed to be an end.

Such beautiful situations only happen if you dare to travel, if you dare to make the journey. It’s hard to believe this is already the fifth day of our biking adventure along the Four Rivers Trail from Seoul to Busan. Getting "lost" was bound to happen at some point. I'm so glad it did.