BIKING AROUND KOREA DAY 2: DAM IT! 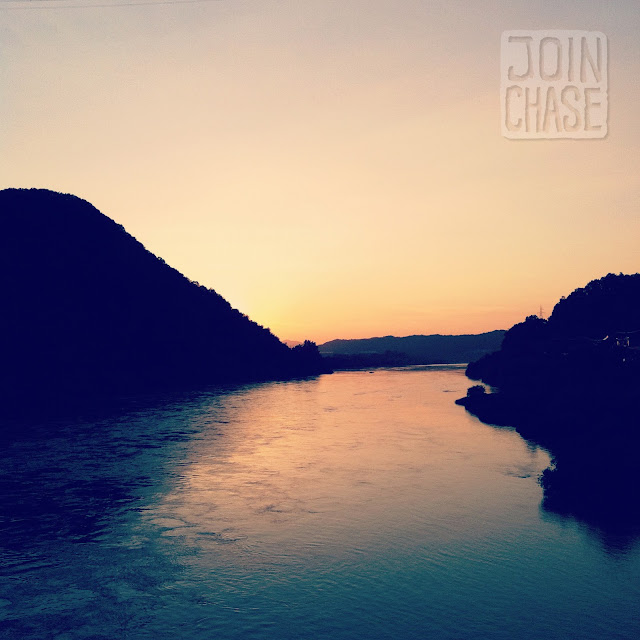 After yesterday and today, I’m even more excited to see what the Korean countryside has to offer. I strongly encourage anyone to hop on a bike and go. Doesn’t have to be Korea. Wherever you are, just take a few days, weeks, or even months to explore a place.

Our goal for today was to go around 100 kilometers, which would get us to Chungju Dam in Chungbuk Province. We made it, barely.

We started off by readjusting our baggage. I thought it would be a good idea to bring my laptop. It wasn’t. Good thing my traveling partner, Khoi, didn’t pack as much. We switched so he could carry the tent, in addition to our entire water supply. I transported my own stuff. How’s that for fairness?

After a surprisingly decent sleep on top of a wood deck, we were ready to begin. Then we turned a corner to find the first of several steep inclines to get over. It was like a slap in the back of the calf. What a great start!

August is one of Korea’s hottest and/or wettest months. Today was like an oven, and I baked a bit to prove it. Choosing to do this trip during summer vacation means we asked for it.

We had lunch with a man and his son at a restaurant along the path. It was the same man and son we happened to meet earlier. It was fun to get to know them more, and hear about their plans for the journey.

Shortly after lunch we biked upon a scene involving a man that had fallen off his bike. He was bloody, and barely conscious. Thankfully, plenty of people were around to help, and an ambulance came shortly after we arrived.

We didn’t push ourselves too much after that, as we assumed what happened to the man was caused by heat exhaustion. Stopping for a quick bath, iced coffee, and ice cream helped keep us cool.

By the time we got to Chungju, Chungcheongbuk-do’s second largest city, I could hardly move my legs. We took a few wrong turns, which made it worse, and ended up having to ford a creek to get back on track.

Our only plan was to make it to the dam. We didn’t think about what would happen after. And just as the sun set, we found a random convenience store about halfway up a mountain near the dam.

As Khoi tries to figure out a place for us to stay, I’m shoving my face with tons of snacks—including his cookies. Being on a tight budget isn’t going to work so well. I need to eat constantly, and samgak (triangle) kimbap just isn’t enough. Hopefully Khoi will lend me some money during this trip, or I might die.

It’s dark now. And all we want to do is rest. But, first we have to find a place to sleep. Dam it.