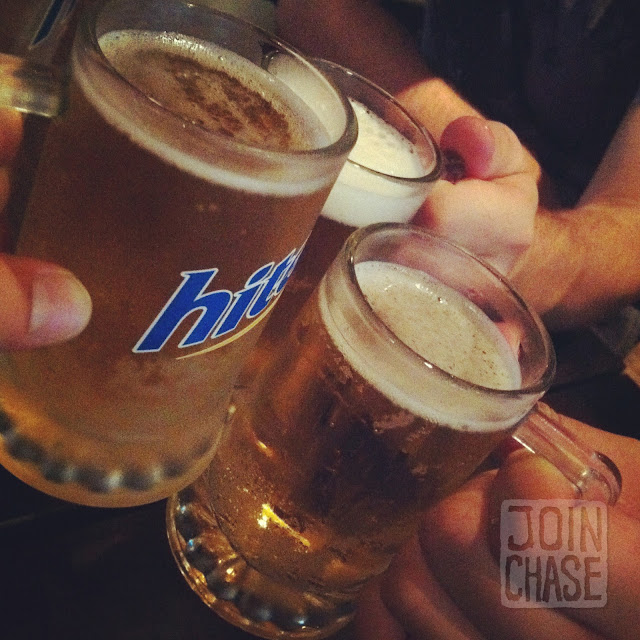 Once again I found myself on top of a mountain that came out of nowhere. Sometimes in life these things happen. Sudden mountains pop up when we least expect. Challenges to face. Climbs to get over.


At that point I was alone—About 120 kilometers from our final destination, Busan. Khoi and I were actually separated for most of the afternoon.

I took a taxi back to where I left my bike on the trail. We strayed a bit off course by staying in Changnyeong last night. But, it was the closest city Khoi could get his tire fixed.

When I left in the cab this morning, Khoi headed for the nearest trail checkpoint along the Nakdong River.

We thought we’d reach the spot around the same time. We were absolutely wrong. How was I supposed to know I’d have to go nearly 50 kilometers, and bike over two mountains to get there?

It took more than six hours for me to catch up to Khoi. He even waited at the checkpoint for three hours.

What got me through today was determination, perseverance, and fried chicken. It helped to swear some too.

I cursed the world as I neared the top of the second ascent. Actually, I cussed at the men I met on the last mountain for telling me the rest of the way would be flat and easy. Too bad they didn’t hear. But, a Korean couple resting at the top did.

“Where are you from?” they greeted, laughing.

“United States!” I shouted, feeling ashamed as I passed.

At that point I didn’t care about anything. I felt frustrated and embarrassed. Everything on my bike had fallen off on the way up, and a group of Korean boys witnessed the scene take place as I was trying to show off to them.

I was also out of water. Again. And I didn’t know when I’d find more. I began checking discarded bottles on the side of the path to see if any had water left inside. Don’t judge me. It was really, really hot.

What must have been the world’s smallest 711 convenience store unexpectedly appeared at the foot of the mountain. Just as mountains sometimes appear in life, 711 convenience stores suddenly do too. That is if we don’t give up when the going gets tough, or die of dehydration along the way.

Khoi and I finally reunited with somewhere between 55 and 45 kilometers left to go. After our usual evening binge at FamilyMart (now CU), we thought it would be a good idea to stop for the day.

We stocked up on food for the night, and bought a bottle of makgeolli to keep us company. We even found the perfect spot to pitch our tent. But, something didn’t feel right. An overwhelming rush of adrenaline came over us, and we decided to go for it—try to reach Busan a day early.

The evening was cool, allowing us to move quickly. I replaced the water bottle on my bike with the makgeolli, so we could take celebratory chugs throughout the last 40 kilometers.

I felt a sense of accomplishment, but sad it was all coming to an end when Busan appeared in the distance.

At the last checkpoint we found the father and son again, as well as others we’d become like family with throughout the week. I don’t think it was by coincidence, but rather part of a plan far greater than our own.

We made it to Busan just in time to celebrate over fried chicken and beer. Those sudden mountains didn’t stand a chance against my cravings for fried chicken. I'd been dreaming of this moment all week!

I’m very proud of Khoi for doing this trip with me. We learned a lot about ourselves, and what we’re both capable of doing. I biked 150 kilometers today, the furthest I’ve ever gone at once.

Khoi and I finished alongside each other just as we began two rivers, several mountains, six days, and approximately 550 kilometers ago. Two guys. Two bikes.

Thanks for your camaraderie, Khoi. Every push, pedal, and pull was worth it.